Who doesn’t love surprise cameos? Seeing your favourite star appear unexpectedly in a film mostly ends up with us whistling at the screens. Special appearances has been part of cinema for quite a long time from the many cameos in Guddi to the many cameos in Zero. Some are pretty forgettable, some are entertaining and some are totally memorable. In the case of the last category , we have some pretty cool examples like Shashi Kapoor in Ijaazat. Or Juhi Chawla and Govinda in Andaz Apna Apna. Or Salman Khan in Kuch Kuch Hota Hai. From Amitabh Bachchan to Salman Khan, 7 Times When Popular Actors Allowed Only Their Voice to Make Cameos in Movies

We have done quite a few articles on some memorable cameos or the bad ones, or the ones you missed. In this special feature, we look at those cameos that appear in the final scene of the film. Not just that, they end up being potential love interest for one of the leads of the film. Let’s look at 13 such examples below:

In this remake of the Hollywood film Sabrina, we have a love triangle between two brothers, played by Akshay Kumar and Saif Ali Khan, fall for the same girl, played by Kajol. While it is Akshay who gets the girl, Saif’s character finds a potential love interest in Karishma Kapur who appears in a fun cameo. 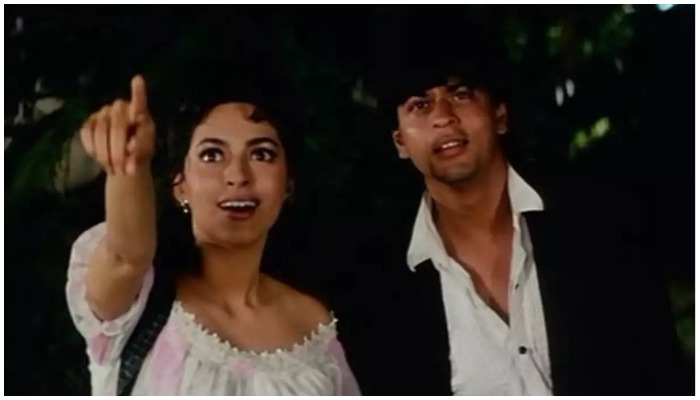 Juhi Chawla has two memorable cameos in the early ’90s – a hilarious meta one in AAA, and the last-scene cameo in this lovely Kundan Shah film, when she is set up as a potential love interest for Shah Rukh Khan’s character. The scene mirrors his earlier scene with Ana (Suchitra Krishnamoorthy), whom he loved and lost to his best friend Chris (Deepak Tijori). But this time, there seems hope for a happy ending. Varun Dhawan in Bharat, Govinda in Jagga Jasoos, Shah Rukh Khan in Fiza – 10 Interesting Cameos That Were Cut From the Final Movie. 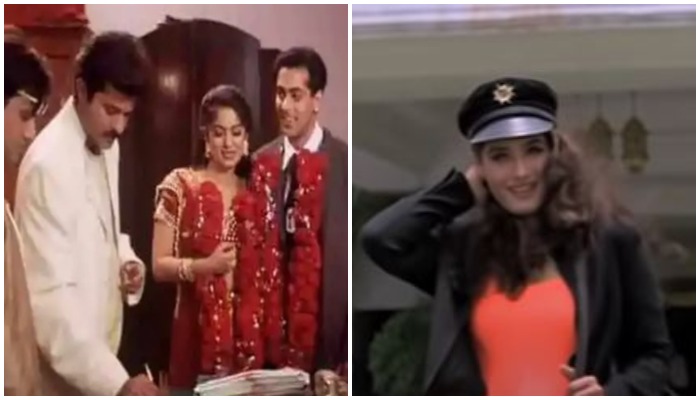 The climax of this comical love triangle sees Govinda and Anil Kapoor’s character lose their common love interest, played by Juhi Chawla, to her surprise boyfriend, played by Salman Khan in one of his best cameos. We later see the losers now chasing after a new girl, with Raveena Tandon making a special appearance. 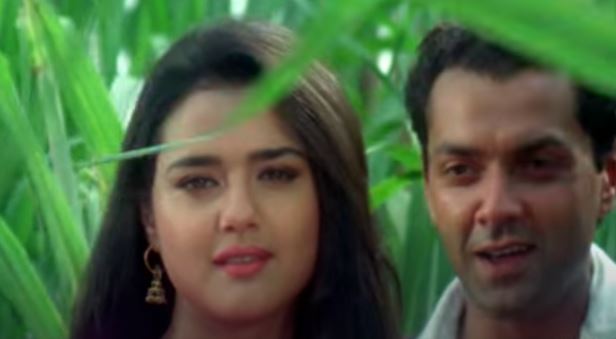 Like with Yeh Dillagi, this Dillagi too, directed by Sunny Deol, has him and his younger bro, Bobby, fall in love with Urmila Matondkar’s character. Again like Yeh Dillagi, it is the elder bro who gets the girl, while the younger bro gets his happy ending seeing Preity Zinta in the fields. And love develops all of a sudden!

Abhishek Bachchan’s cameo in this remake of the Hollywood film, The Gift, is slightly different from others in the list. He plays the childhood friend of Bipasha Basu’s character, who appears first in the “One Love” song, only to disappear for the rest of film. And then to return in the last scene to be her future husband. Ranveer Singh’s Simmba, Shah Rukh Khan’s Zero – 7 Movie Trailers That Ruined Cameos For Us. 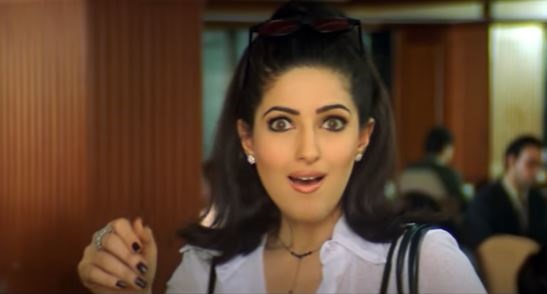 Chal Mere Bhai, starring Salman Khan, Sanjay Dutt and Karishma Kapur, is kinda reversal of the Dillagi triangle formula. Here, the younger brother (Salman Khan) gets the girl, while the elder bro (Sanjay Dutt) gets a last minute replacement in Twinkle Khanna in what is the creepiest job appointment ever.

If the previous film had Twinkle in a cameo, in Mela, she is the main love interest for Aamir Khan’s character. There is also his younger brother, Faisal Khan, as the other lead; though, he doesn’t make the film a love triangle, he gets his own romance when Aishwarya Rai tumbles from top of his truck! 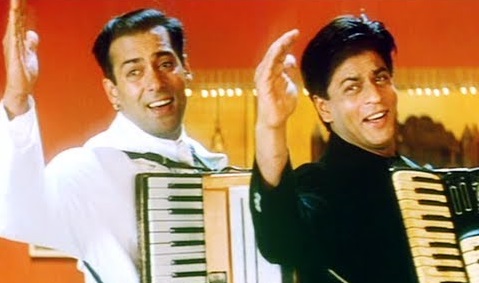 Like with Abhishek Bachchan in Rakht, SRK also makes an appearance early in this romantic drama, parodying his role from Kuch Kuch Hota Hai. In the final scene, he is set up as a potential love interest for Rani’s character, despite they have not even been introduced properly before.

In Main Aur Mrs Khanna, Sohail Khan chases Kareena Kapoor’s character, who is married to Salman Khan’s character. When that doesn’t work out, he gets an unexpected love interest in the form of Deepika Padukone’s special appearance. 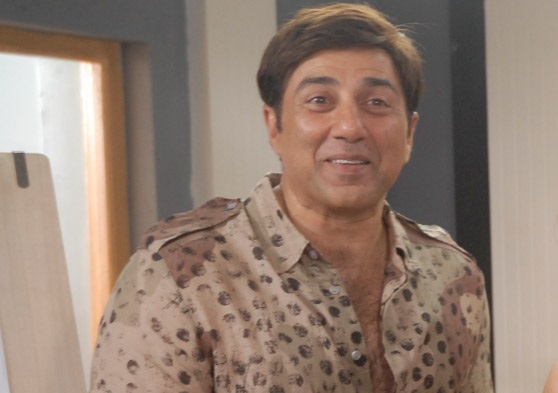 This Hindi remake of the American film 9 to 5, is about three females and friends who are sexually harassed by their superior. Sunny Deol appears in the climax as their superior’s boss, who not only untangles the knots of his employees, but also gets romantically involved with one of them.

Priyanka Chopra in Taxi No 9211

Priyanka Chopra in Taxi No 9211

After spending an entire day battling egos with an equally stubborn taxi driver and losing his property in the process, John Abraham’s rich brat gets a moment of truth about his existence and his money-hungry girlfriend (played by Sameera Reddy). Once he gets clarity and purpose, he not only gets his riches back and also another chance at romance, after his car bumps into another, that is driven by the beautiful Priyanka Chopra. 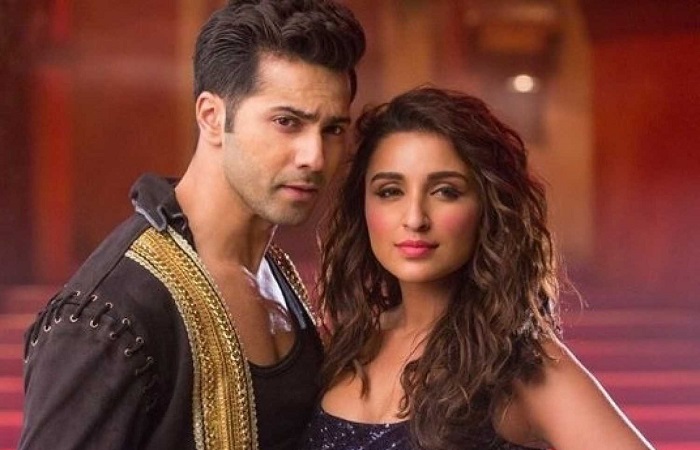 PeeCee’s cousin has her own special appearance in this action comedy, setting her up as Varun Dhawan’s love interest. The fun part about her cameo is that we see her veiled face in a couple of earlier scenes, but it’s only in the ending that we get to see Parineeti properly, followed by the “Jaaneman Aah” song. 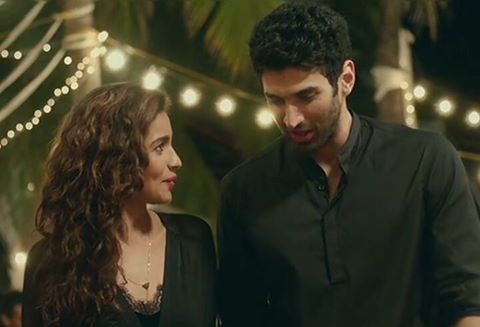 In Gauri Shinde’s Dear Zindagi, Alia Bhatt’s Kaira has two failed romances, once with a married producer (Kunal Kapoor) and later with a musician (Ali Zafar). Not to mention, her infatuation with her psychologist (Shah Rukh Khan). In the end, after her successful premiere of her film, Kaira seems to find success in her love life too, when she meets Aditya Roy Kapur.

(The above story first appeared on LatestLY on Aug 03, 2020 09:23 PM IST. For more news and updates on politics, world, sports, entertainment and lifestyle, log on to our website latestly.com).

Akshay Kumar: ‘If We Keep Waiting for a Vaccine, Then, Before the Virus, People Will Get Badly Affected by Unemployment’