Is Chak De India the best sports film made in India? The debate is up there, but there is no denying that it is one of the better films made in the genre, especially Bollywood. Chak De India‘s influence has also been seen in future sports films like Aamir Khan’s Dangal, Akshay Kumar’s Gold and more recently, in Thalapathy Vijay’s Bigil. Chak De India is directed by Shimit Amin, a former Ram Gopal Varma protege, with Shah Rukh Khan playing the lead role. On August 10, 2020, Chak De India has completed 13 years of release, and the moments offers us an opportunity to look back at the film and check out some interesting aspects about it. Chak De India Clocks 13 Years: Shah Rukh Khan Starrer Sports-Drama’s Writer Jaideep Sahni Reveals the Motive Behind His Script.

You all know the story – Kabir Khan (Chak De India), a former disgraced Indian hockey captain, returns to arena, but this time he wants to coach the neglected national’s women hockey team. After facing bureaucratic problems and player revolt, Kabir finally manages to forge his players into a team and take them to Australia to play the World Cup. The rest, as they say, is cinematic history.

But in its effort, successful one at that, to be as engaging as possible, a major track was edited out. That track belongs to Gul. Gul who? Gul Iqbal (Arya Menon) is the meek girl who, during the induction scene, is shown coming from a family of hockey players. We see her mother telling her to live upto the family’s name. After that scene, there isn’t much focus on her character. 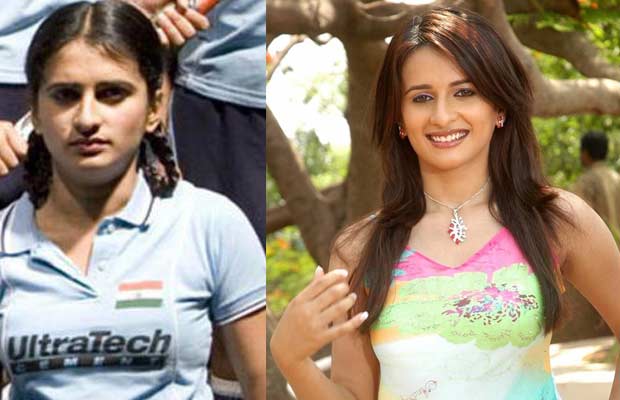 However, deleted scenes from the film show her track was given as importance as Bindiya, Balbir, Vidya and Komal’s. Gul was seen struggling during the matches, with the pressure of making her family proud acting against her skills.

Thanks to her coach Kabir Khan’s advice, she overcomes her fears and does well in a match, that is also cut from the film. There is no doubt that this track has been cut for pacing issues, who is stopping YRF from releasing an extended cut on OTT for the fans to enjoy from their homes? Let’s do #JusticeforGulIqbal and demand Chak De! India Extended Cut, what say?

(The above story first appeared on LatestLY on Aug 10, 2020 07:29 PM IST. For more news and updates on politics, world, sports, entertainment and lifestyle, log on to our website latestly.com).

Mika Singh Tags Karan Johar Instead of Karan Singh Grover in his Promotional Tweet for Dangerous, Corrects His Mistake Later

Laal Singh Chaddha: Aamir Khan Gets Mobbed By Fans In Turkey Who Broke Social Distancing Norms To Click Pictures With the Actor