It is really hard to believe that Dil Chahta Hai is now 19 years old. Next year, like its three protagonists – Akash, Sameer and Sid – the movie will not remain a teenager anymore and enters the dangerous ’20s. But Dil Chahta Hai, that came out in 2001, is also a film that has aged well with time, and is so ‘cool’ that it will continue to remain that in future too. Dil Chahta Hai marked the directorial debut of Farhan Akhtar, who entered Bollywood with a bang, then turned to acting after directing two more films, and then strangely stayed away from direction. The movie stars Aamir Khan, Akshaye Khanna, Saif Ali Khan, Preity Zinta, Sonali Kulkarni and Dimple Kapadia. Dil Chahta Hai Completes 19 Years: Farhan Akhtar Pays Tribute to the Iconic Movie By Sharing Popular Dialogues of Aamir Khan, Akshaye Khanna and Saif Ali Khan!

So what makes Dil Chahta Hai tick even now? Why do friends, especially boys, swear by it more than any other film? It isn’t that Bollywood has stopped churning out movies on friendships. Aamir Khan himself acted in two more films on bonding – Rang De Basanti and 3 Idiots – both big hits. There is also Abhishek Kapoor’s Kai Po Che, starring the late Sushant Singh Rajput, Rajkummar Rao and Amit Sadh, another lovely film on friendship. Hirani’s biopic on Sanjay Dutt, Sanju is also a movie about bromance between its troubled protagonist and his supportive friend. Why, Farhan’s sister, Zoya, made a nice film on dosti in Spain in Zindagi Na Milegi Dobara, that treads similar themes as DCH. 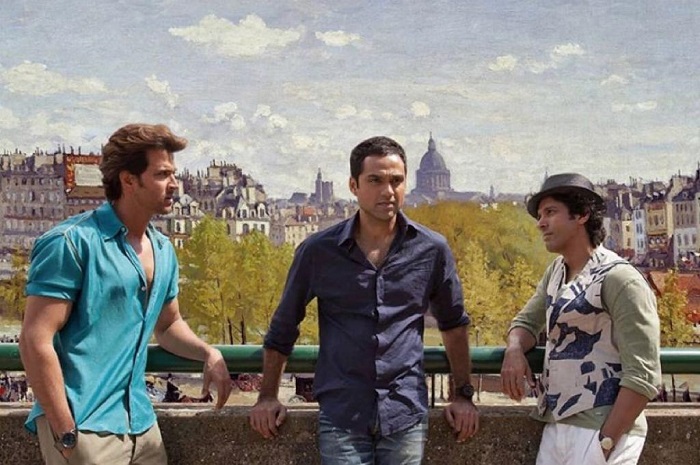 I remember when I went to watch Dil Chahta Hai for the first time in theatres when it came out. I was in college, and the movie has already became a rage before I got to watch it. I had gone with my cousins and their parents, and perhaps it was the hype that played on my mind, I found the film to be underwhelming, though it made me laugh, and kept me immersed and entertained.

It was the second time that I went to watch the same movie, is when I fell in love with Dil Chahta Hai. Maybe it was because I was more acceptable of its flaws (a Bollywoodish third act). Or maybe it was because I went with the right crowd – my friends. Don’t know the real reason, but I was totally captivated this time. I went on to watch DCH two more times in theatres, and continue to watch it on television and now on Netflix, where it is streaming, whenever I am in the mood to feel good. 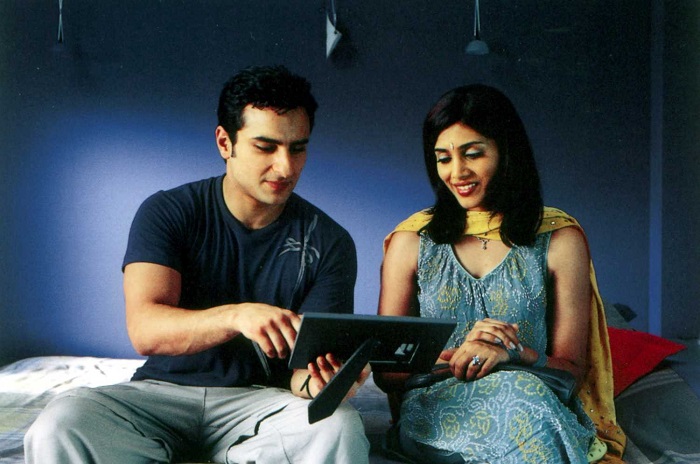 Again, I return to my own question as to why this film continues to remain a classic that is a milestone for its genre, a movie loved by so many. For that, let’s look at Dil Chahta Hai from two aspects.

Like I said before, one of the biggest reasons why Dil Chahta Hai works is because it is an entertaining bag of humour, sentiments and some very good writing and direction. All the dosti scenes between Akash, Sid, and Sameer bubble with natural revelry and energy, so when the camaraderie breaks, it hits you hard. And when they come together in the climax (SPOILER ALERT… but if you haven’t seen the film, why even bother reading this), you would be silently wiping that tear trying to escape your eye.

It is not just the friendship portions that win you over. Akhtar gives individuality to each love story of the leads that has their winning moments. My fave track has always been that of Sid and Tara (Dimple Kapadia), that has a sense of maturity of not going below the belt or seeks for a quintessential happy ending. 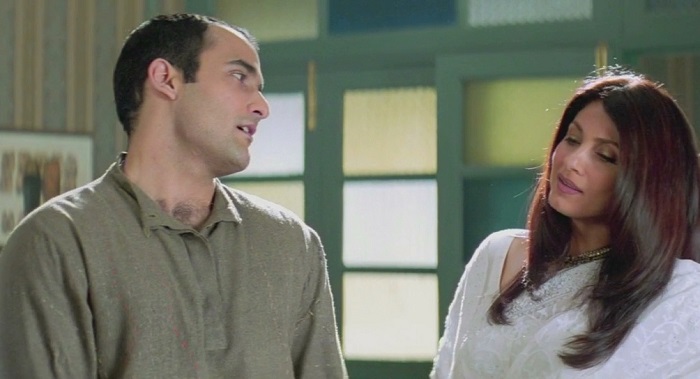 Akshaye Khanna and Dimple Kapadia in in Dil Chahta Hai

Since Aamir is the bigger star, you can argue why the film invests so much screen time  in his bittersweet love story with Preity Zinta’s Shalini. While that could be a reason, I prefer to see it in a different angle. Among the three friends, it is Akash who is the least sorted when it comes to love and respecting his friends’ feelings. He is key in breaking up Sameer and his first girlfriend (yes, she is a bully, but does Akash need to lie to her?). He doesn’t understand Sid’s love for an older woman, and in not doing so, mocks it, effectively breaking up their friendship.

When Akash, who sang an entire song on why love makes no sense, develops for feelings for a committed Shalini and gets his heartbroken, he tries to call up Sameer but accidentally dials up Sid’s house. It is a beautiful scene, a coming-of-age moment for him when he realises how wrong he was in their last conversation together and breaks down. But being a human after all, and an egoistic one at that, it actually takes Akash months to reconcile with Sid. This is the strength of the writing, also helped by some amazing performances (reviving Saif Ali Khan’s career in the process). 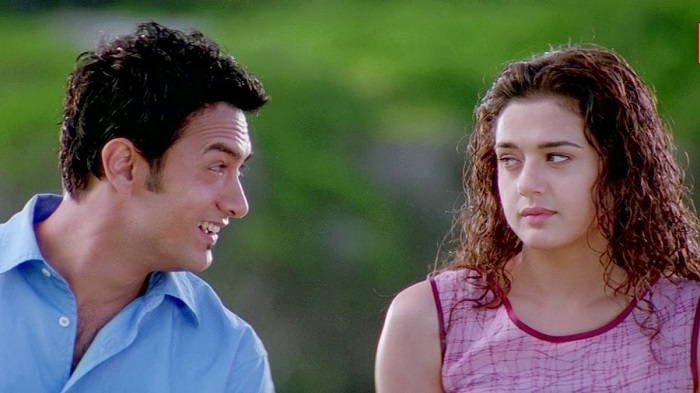 There is also Shankar-Ehsaan-Loy’s eclectic soundtrack featuring songs for all emotions. You can’t really have a party with “Ko Kahe” blaring through the loudspeakers. You can’t have a trip, without the title track playing in the car. You can’t relate to the stirrings of first love without relating to the beautiful emotions invoked out of “Kaisi Hai Yeh Rut“. I still remember listening to “Tanhayee” on the loop, while going through a really bad heartbreak. Aamir Khan, Farhan Akhtar, Shankar Mahadevan and Others Team Up For ‘Dil Chahta Hai’ Themed Song For #BIXCOVIDFUND Initiative.

Dil Chahta Hai is a good movie, but that isn’t why people love it so much. It is how relatable the whole film is, even with its Bollywood trappings and its affinity for glossiness. Even though the protagonists are all either rich or from upper-middle-class backgrounds, their bonding feels relatable to any group of friends from any strata of society. I am not even talking about the 19 years of failed Goa trips plans you might have done with your friends! 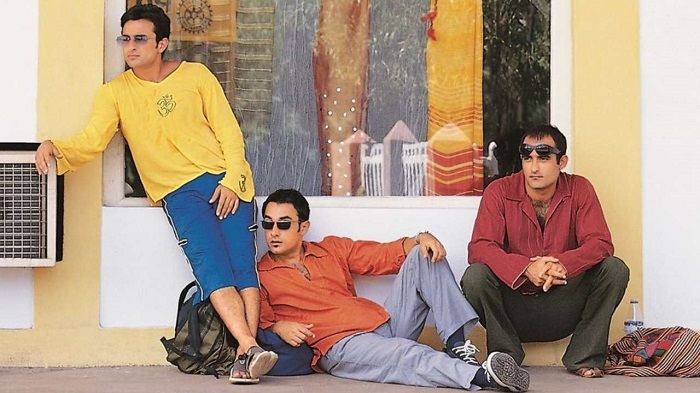 Dil Chahta Hai‘s depiction of bonhomie, fights and ego-hassles hit closer to reality, without going overboard. Just watch Sameer in the scene where Akash gatecrashes into Shalini’s wedding to profess his love. All he does in the scene is stand by his friend, which is exactly what Akash expected him to do.

Even the fight between Akash and Sid, which when you think of it, is trivial, but it is not at all unrealistic. As I look back at my own friendships with my closest friends over these years, it mirrors the ups and downs of what Akash and Sid’s camaraderie was. A couple of my close friends are still not on talking terms with me anymore, though that has nothing to do with love, but more of political debates (screw you, fascism!). Films like Dil Chahta Hai gives hope that somewhere down the line, we will return to our hilltop fort to see the friendship boat sail back to the horizon.

We are living in a time where films like sexist fare like Pyaar Ka Punchnama 2 and Sonu Ke Titu Ki Sweety are being hailed as ‘good’ films on bromance. In 2001, Dil Chahta Hai shows bromance is possible without bringing down the other gender. Recall the scene where Sid has a heart-to-heart chat with Deepa, who is nursing a broken heart over Akash’s ignorance. It is a scene that could have been avoided, but Akhtar showed how bros not only stand by their friends, but also lends a shoulder to those left in pain by their pals’ unwitting actions.

That’s why Dil Chahta Hai is still special. It has created a formula on onscreen bonding that is so perfect that it doesn’t deserve to be shortchanged. In Akash’s own words, “Perfection Ko Improve Karna Muskil Hota Hai“!

(The above story first appeared on LatestLY on Aug 10, 2020 05:50 PM IST. For more news and updates on politics, world, sports, entertainment and lifestyle, log on to our website latestly.com).