Actor Ansh Bagri, who was last seen in Dil Toh Happy Hai Ji, had returned to his hometown Delhi post finishing off his work commitments, was assaulted by a group of his previous contractor’s men right outside his house. Ansh, who sustained head injuries, has filed a complaint with the Paschim Vihar police station. Ansh was with his mother and sister at home during the time of the incident which took place on Saturday. Donal Bisht On Replacing Jasmin Bhasin in Dil Toh Happy Hai Ji- ‘As Far As I Am Not Shown To Have A Baby Bump It’s All Okay For Me’.

Recalling how it all went down, Ansh, in a conversation with ETimes TV revealed, “The attack was planned by a contractor who was earlier given charge of the construction of the house, but this year in March (before the lockdown), he decided to leave the work after an argument over the payment of dues.” Gul Khan CONFIRMS Dil Toh Happy Hai Ji Going Off Air; Sanjivani 2 To Replace The Show From THIS Date!.

He continued, “The construction of this house is very close to my heart and is my dream, so even while I was busy with my shoots in Mumbai, I wanted to get the work started here. My mother told me about this contractor and I told her that if she thinks he is good, we can get the construction work started. Around Diwali last year, I found out that he was not completing the work, as promised, on time and gave him a warning, but he pleaded to stay on. In March, he demanded more money and I told him that I will only pay the remaining amount after the work is completely finished. The initial deal was of Rs 21 lakh, out of which I had already paid this guy Rs 16 lakh by March.”

However, Ansh and the contractor got into a tiff on how he was delaying work amd the actor revealed, “There was a lot of work still pending. We had an argument and he decided to leave the work and then the lockdown happened. I was in Mumbai during the lockdown and this contractor would threaten my mother and sister and would say things like ‘ghar se uthwa lunga.’ I was scared and filed a police complaint against him in May for threatening and harassing my mother and sister and action was also taken and he was warned.” 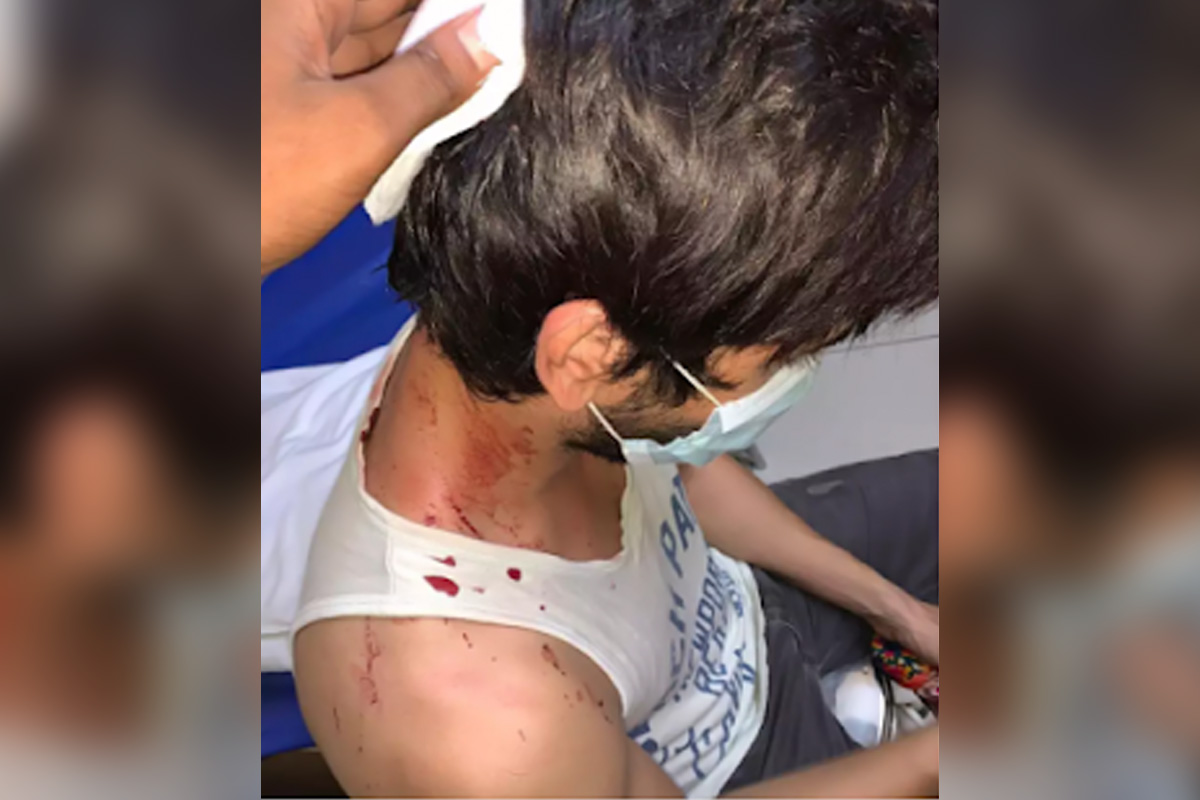 Revealing about his beating, Ansh revealed, “At present, we have a new contractor and work is going on. On Saturday, a few men came to my home and they said that they wanted to talk to me. I went outside and could see this contractor making a video and these men started gathering around me. I sensed something was wrong and immediately, I called the police and they said they were on their way. After asking these men what they wanted, I thought I should go back inside. As I turned, one man pushed me and around 8-10 of them started beating me up.”

Recalling how no one came to his aid while getting beaten up, Ansh told the portal, “It was so disheartening to see that there were people on the road watching 8-10 men beating up one guy and no one came forward to help me apart from one uncle who risked his life and stepped forward. Thank god that the police came on time and rescued me.”

(The above story first appeared on LatestLY on Jul 27, 2020 06:47 PM IST. For more news and updates on politics, world, sports, entertainment and lifestyle, log on to our website latestly.com).

Vijayalakshmi’s Suicide Attempt on July 26 Is Not Her First; The Actress Had Earlier Tried To End Her Life in 2006