While A FIR has been filed against Rhea Chakraborty by late Sushant Singh Rajput’s father KK Singh and an investigation is ongoing, the actress is on a trial by media and social media. The actress was dating Sushant, who died by suicide on June 14. Every other day, there is a new conspiracy theory around death on the internet. Rhea has been at receiving end of abuses and insults on social media from the so-called fans of the late actor. Now, an alleged picture of Rhea with Aaditya Thackeray is going viral, which is being promoted as proof of her political connections.

Unfortunately, for the conspiracy theorists, this claim is easy to debunk. A little knowledge about Bollywood and willingness to use the brain is all you need. While the man in the picture is Aaditya, Cabinet Minister of Tourism and Environment Government of Maharashtra, the woman with him is NOT Rhea. The woman in the car is Disha Patani.

Check Out The Tweet With The False Claim Here: 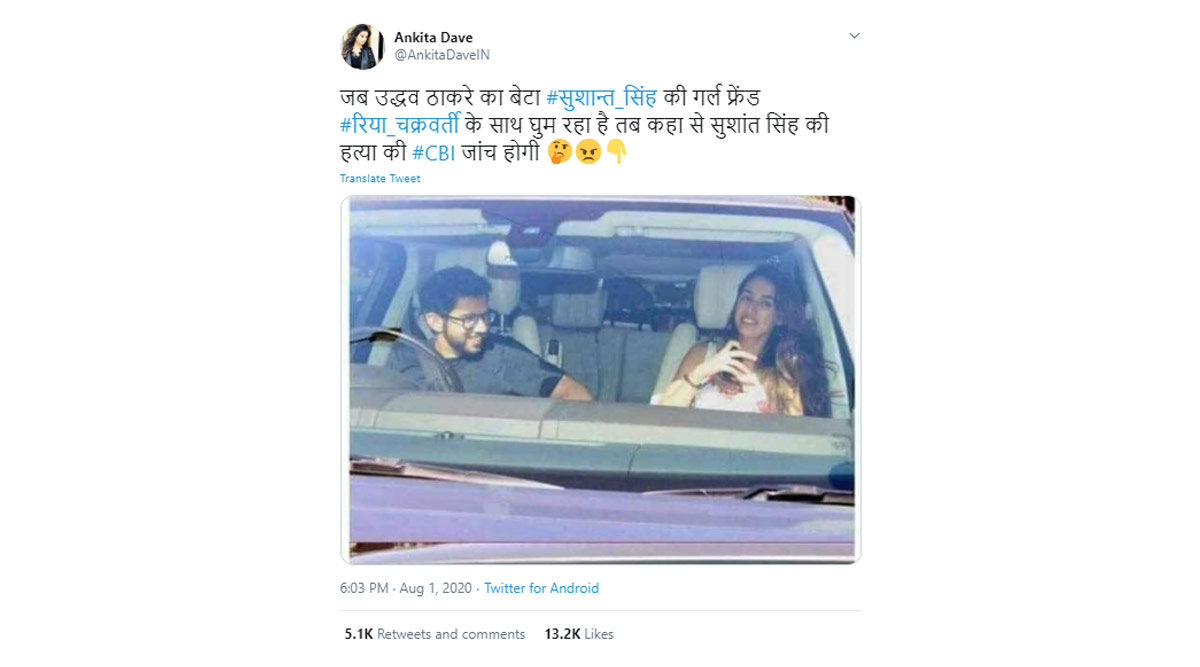 Rhea Chakraborty girlfriend of Sushant Singh rajpoot who is currently hanging with Aditya Thackeray and Aditya Thackeray is the son of Maharashtra CM…..Then how will uddhav Thackeray agree to a CBI ENQUIRY @shwetasinghkirt #JusticeforSushantSingRajput pic.twitter.com/UNLBL4f0Nd

Aaditya and Disha have been friends for some time now. Both the actors also share birthdays, and recently their Twitter conversation on June 14 was pretty cute. Disha has addressed her outings with Aaditya: “You go on dinners and lunches with friends, what’s wrong? Everyone has friends who are male and female. You don’t choose friends on the basis of gender. I don’t need to only befriend females.”

What is alarming is the number of people who have fallen for the false information. It is visually clear that the woman in the car is not Rhea Chakraborty. People not acquaintanced with Rhea’s facial features might have been entrapped in this fake news.

Once again, the actress in the picture with Aaditya Thackeray is Disha Patani. She is NOT Rhea Chakraborty. Also, Disha and Aaditya are just friends. 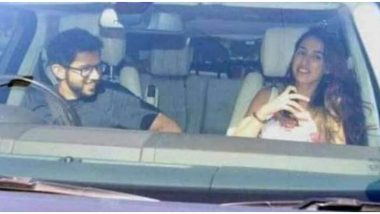 The woman in the picture with Aaditya Thackeray is NOT Rhea Chakraborty. It is actress Disha Patani.

(The above story first appeared on LatestLY on Aug 03, 2020 12:15 PM IST. For more news and updates on politics, world, sports, entertainment and lifestyle, log on to our website latestly.com).

Raksha Bandhan: Akshay Kumar Announces His Upcoming Film on the Celebration of the Brother-Sister Bond On the Festive Occasion of Rakha Bandhan 2020