Needless to say, there are plenty of remakes in Bollywood. Some official, many not so. Some from Hollywood, some from regional cinema and some from international cinema. Some are frame to frame copies (like Amitabh Bachchan’s Badla), some just borrow the idea and becomes something very different (like Aamir Khan’s Ghajini). Some pad up the premises of the original like adding backstories to the characters (Kaante), or add romantic sequences (Qayamat). Bollywood has a way of handling remakes. Or should I say, many ways! 7 Malayalam Movies of Mohanlal, Jayaram, Sreenivasan That Were Remakes but Arguably Better Than the Original.

And there are times when the remakes actually troll you if you go watch the film, having already watched the original film. You go in with certain expectations but the remake pulls wool over yours eyes with a twist. It could be good, bad or a pretty pointless, but it surely shakes what you expected to see. 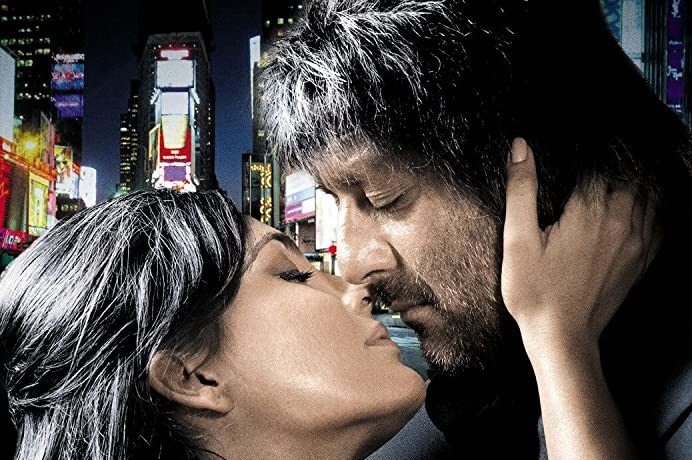 The Korean original was one of the most disturbing, original thrillers you have seen in international cinema. Sanjay Gupta’s remake, Zinda, that starred Sanjay Dutt, John Abraham and Lara Dutta in the lead, is a very diluted remake that tries to go for a frame to frame copy, but baulks out on Park Chan-wook’s film’s more disturbing aspects. Like Choi Min-sik gulping down a live octopus. Or the film’s incestual themes. So those who went on to see Zinda, and presumed Lara Dutta’s character would be Dutt’s daughter and accidental lover, forgot one thing. This is Bollywood and we are still dicey about showing inter-caste relationships, forget incestual ones. Incest was also out of the backstory of John Abraham’s character, which in the end, makes Zinda a very PG-13 film, despite the violence. Before Run Lola Run, 10 Foreign Movies That Inspired Two or More Bollywood Remakes, Featuring Akshay Kumar, Amitabh Bachchan and Others. 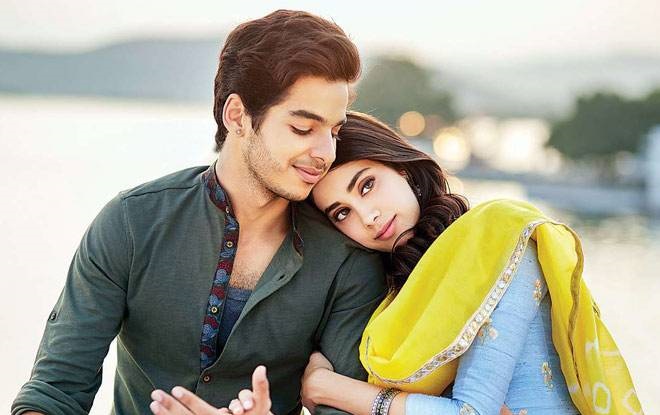 We are yet to forgive Karan Johar for taking out the socio-political commentary out of this Sairat remake no one asked for, and making it a Qayamat Se Qayamat Tak clone. But the most infuriating thing we had with Dhadak, that was the launchpad of Janhvi Kapoor, is the climax. The Marathi original had the lead couple’s kid dropped at their house, who wanders inside with the camera following him as we see his parents dead, murdered by the girl’s relative in the name of ‘honour killing’. The remake goes nearly the same way, as the camera follows the kid, and we expect to see the dead bodies of Janhvi and Ishaan Khatter’s characters. Only for the makers to pull the rug off our feet, and show them alive and hearty. And then a double twist happens, as Janhvi Kapoor’s character is spared alive, while her husband and kid are thrown off the building in front of her. Dharma definitely doesn’t understand how ‘honour killing’ works. Also, it never answers one crucial loophole – how the heck do the killers expect to run away after killing two people in open daylight in front of many? 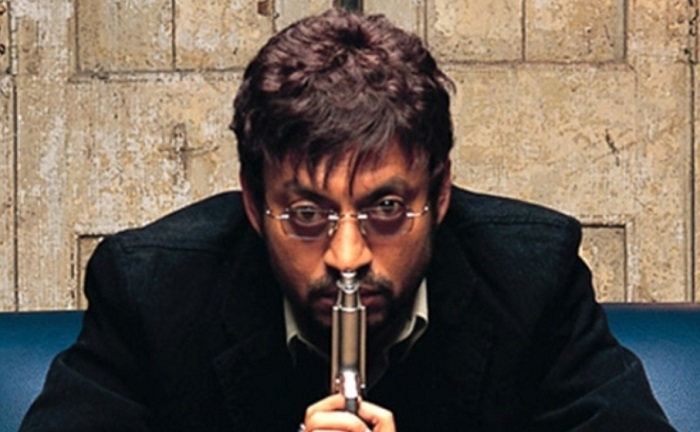 Remake of: The Usual Suspects

The controversial filmmaker Vivek Agnihotri’s directorial debut was a ripoff of David Fincher’s The Usual Suspects, but with a lot of cosmetic changes (and songs, of course). Like for example, instead of Kevin Spacey’s narrator in the original, we had two in Tanushree Dutta and Irrfan Khan’s characters. Also, unlike the original, Chocolate spells out the verbal deception of Irrfan’s character very on-the-face. But the biggest rug-pull was that while in the original, all of Kint’s accomplices stayed dead, in the remake, they were all alive. Akshay Kumar’ Sangharsh, Shah Rukh Khan’s Baazigar, Aamir Khan’s Ghajini – 10 Remakes That Sanitise the Villains and Psychopaths From the Original Films. 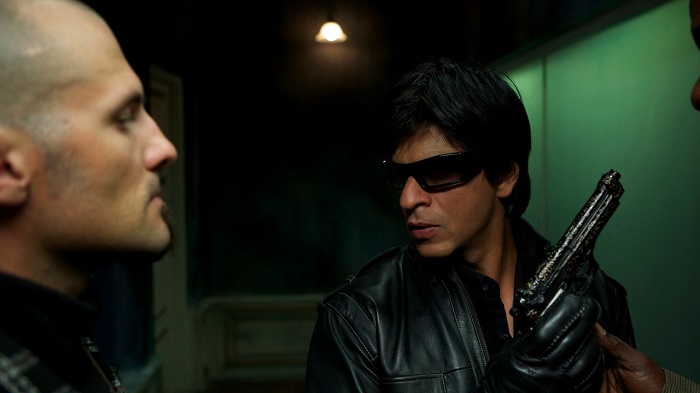 Farhan Akhtar’s remake, starring Shah Rukh Khan, was in most parts nearly the same adaptation as the Amitabh Bachchan-starrer. While a decent and stylish remake, we wonder the need to re-adapt a very popular classic by the director of one of the coolest movies of all time. And then mid-way, comes the first troll moment. In the original, Iftekhar’s police officer is killed mid-way, and stays so. In the remake, the same character, this time played by Boman Irani, is found to be alive and is discovered to be the evil mastermind. That should have been the clue for the biggest rug-pull that would come later. In the epilogue, we discover the secret trick card hidden in Farhan Akhtar’s sleeve – the Don wasn’t dead, unlike the original. In fact, his doppelganger died, and the Don switched bodies with him. The twist is so cool, that you have to rewatch the movie again to see how certain scenes play out with this revelation in mind. 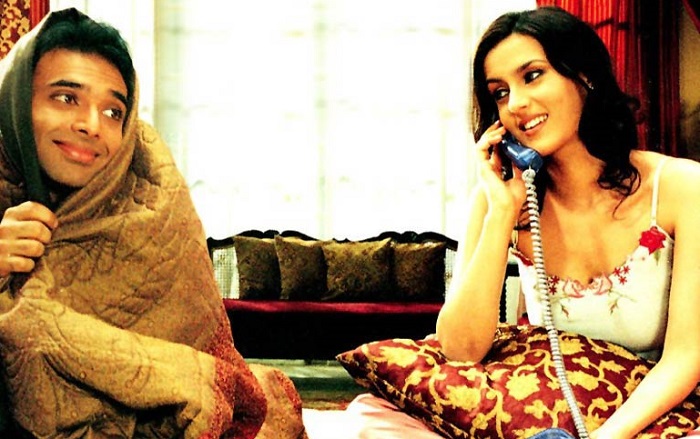 Remake of: My Best Friend’s Wedding

This okayish remake backed by YRF was just another attempt to make the Chopra scion, Uday Chopra into a saleable star. Despite the popularity of the songs, the audience didn’t fell for the ploy. While nearly a faithful remake of Julia Roberts’ popular romcom, Mere Yaar Ki Shaadi Hai (even the title is a lazy translation), the movie goes for a huge shuffle in the climax. In the original, Roberts’ character realises the folly she is doing by trying to break her best friend’s wedding with her newly reinforced romantic infatuation, and backs out. In the remake, even Chopra’s character does so. But since this is a home banner, the character of Jimmy Sheirgill (Man who couldn’t catch a break in romantic films) is the one who backs out, and letting his fiance marry her best friend. Despite the fact that both he and the girl were deeply in love about two minutes ago. Feel like banging your head against the wall, now? 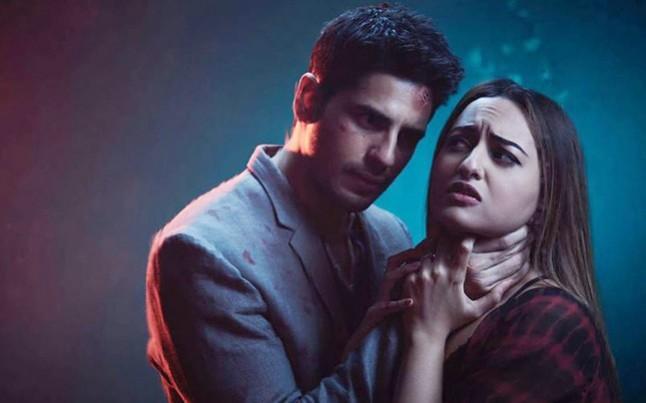 The original Ittefaq was directed by the late Yash Chopra and is considered as one of the best thrillers in Bollywood. The remake, backed by Karan Johar and Shah Rukh Khan, had Sidharth Malhotra step into late Rajesh Khanna’s shoes, while Sonakshi Sinha plays Nanda’s character. The director Abhay Chopra gave the remake a Rashomon twist, by having its two lead characters narrate their versions of the same incident, and have Akshaye Khanna’s cop character be the judge of it all. Also unlike the original where Rajesh Khanna’s character was actually innocent, Malhotra’s character in the remake is a shrewd, cold-blooded murderer who had orchestrated everything, including the killing of his wife, fooled the cop and escapes the country. Anees Bazmee’s thriller, starring Ajay Devgn, Akshaye Khanna and Urmila Matondkar, is known for its killer twist that would surprise many, unless you have seen the original. But even then you would be surprised. The reason being, in the original, the reveal that Edward Norton’s character isn’t suffering from MPD, but has been pretending it all along to escape the murder charge, came towards in the end. In Deewangee, it comes in the interval, with the second half being more of a Darr rip-off!!

(The above story first appeared on LatestLY on Jul 20, 2020 08:25 PM IST. For more news and updates on politics, world, sports, entertainment and lifestyle, log on to our website latestly.com).