You know a film is special when it is set in a war backdrop, has its lead protagonist essaying the role of an IAF Officer but the thing that makes your heart swell with pride is not because she’s gunning down terrorists or saluting the Indian flag with the theme of the national song playing at the back.  It’s simply because she achieves her dream with hard work and dedication and does what she’s expected and trained to do. A woman being competent at a job she knows she’s capable to do and getting an opportunity to do just that is what makes us feel proud in this Sharan Sharma directorial.  The story of Gunjan Saxena – The Kargil Girl was needed to be told but to have it executed in a manner that makes us reflect on potent issues relevant to us is what makes it a standout film. Gunjan Saxena – The Kargil Girl Movie Review: Janhvi Kapoor, Pankaj Tripathi Make A Formidable Pair in this Stirring Biopic.

The Janhvi Kapoor film calls a spade a spade and doesn’t beat around the bush much, thus making it an ideal biopic. For the longest time, it felt like biopics in Indian cinema meant hero-worshipping. Biopics aren’t about whitewashing people or putting them on a pedestal and luckily the film strays away from that. To call Gunjan Saxena -The Kargil Girl inspiring is an understatement and hence, I take a look at some imperative lessons the film leaves us with.

It’s no secret that women are faced with casual sexism at the workplace across sectors and with Gunjan Saxena – The Kargil Girl, we get a view of how it happens in the defence forces. Janhvi’s Gunjan doesn’t get the salutes she must get despite there being a protocol because men are too insecure having a female officer around. She’s asked to prove her capability in the  Air Force unit by arm wrestling a male officer and all this coming from men who proudly let themselves loose to the tunes of “Choli Ke Peeche Kya Hai“. The film at various point addresses how not only the defence force but the country itself fails to acknowledge a woman’s calibre and expertise in a male-dominated industry. As a woman, I didn’t have to be an Air Force pilot to relate to this because it exists in different proportions in every sector for every woman. 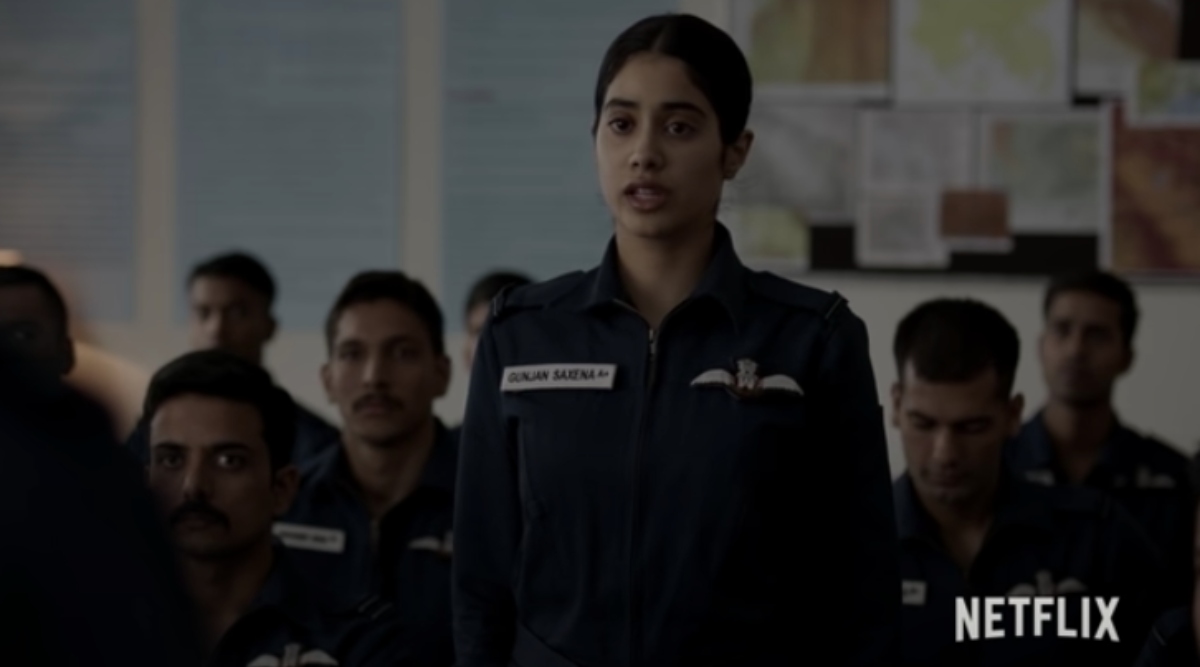 While theatres may have erupted in loud cheers as Vicky Kaushal delivers his “How’s the Josh” lines in Uri: The Surgical Strike, we needed a film like Gunjan Saxena: The Kargil Girl to tell us that patriotism is not all about chanting “Jai Hind” at the top of your lungs but about fulfilling your duty to your work with all honesty and determination first. In a scene that should go down in history for its brilliant writing, we see Janhvi’s Gunjan questioning her decision to join the Air Force asking if it is a betrayal towards her nation because it is the aspiration to become a pilot that are her priority. It is here that Pankaj Tripathi who essays her father puts in the wisest of words of how true patriotism lies in being sincere in one’s work first. The film didn’t need a national anthem to evoke patriotic feelings for its audiences by forcing them to stand up for it but it assures to make you clap for putting a heavy word like patriotism into a beautifully simple context. 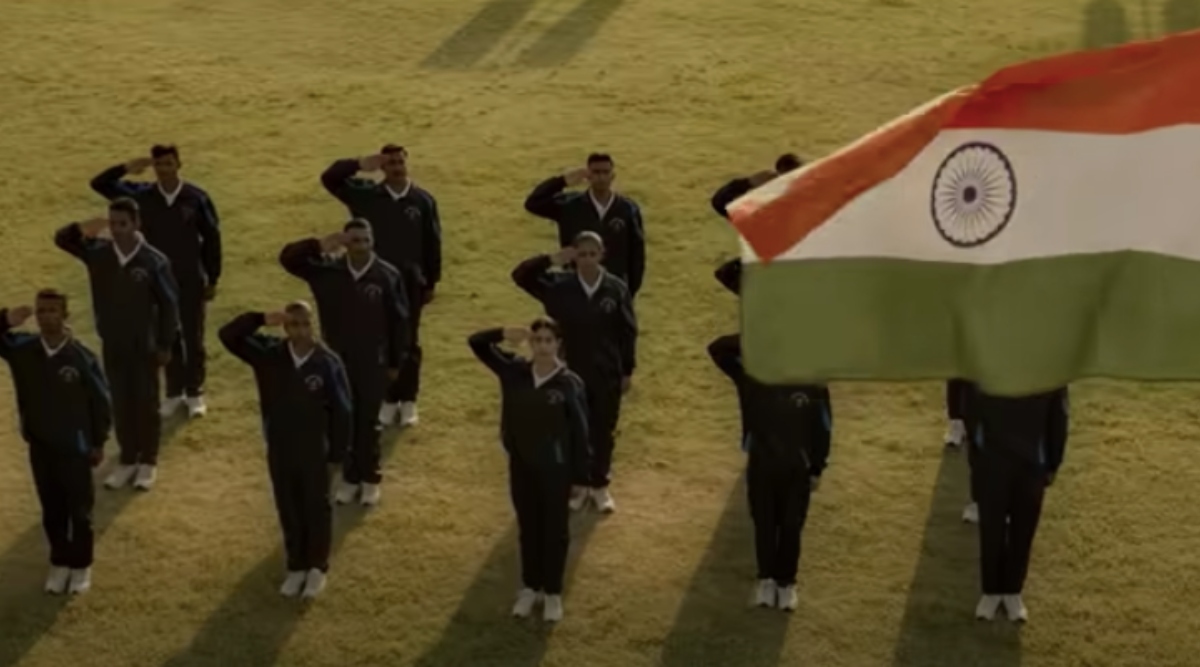 Ambitious women are real and they need no one, absolutely no one telling them what’s achievable and what’s suitable for them. Through Gunjan Saxena’s character, we get a protagonist who is defined by her dreams, dedication and hard work. For a change, there’s a female character who doesn’t need a love interest to show us her vulnerable side. Yes, she gets bogged down by pressures of her work but has her family being the perfect backbone she needs. One of the potent themes of the film is simply how encouragement and support could help women achieve their dreams. Don’t just tell them, believe that “they can”. 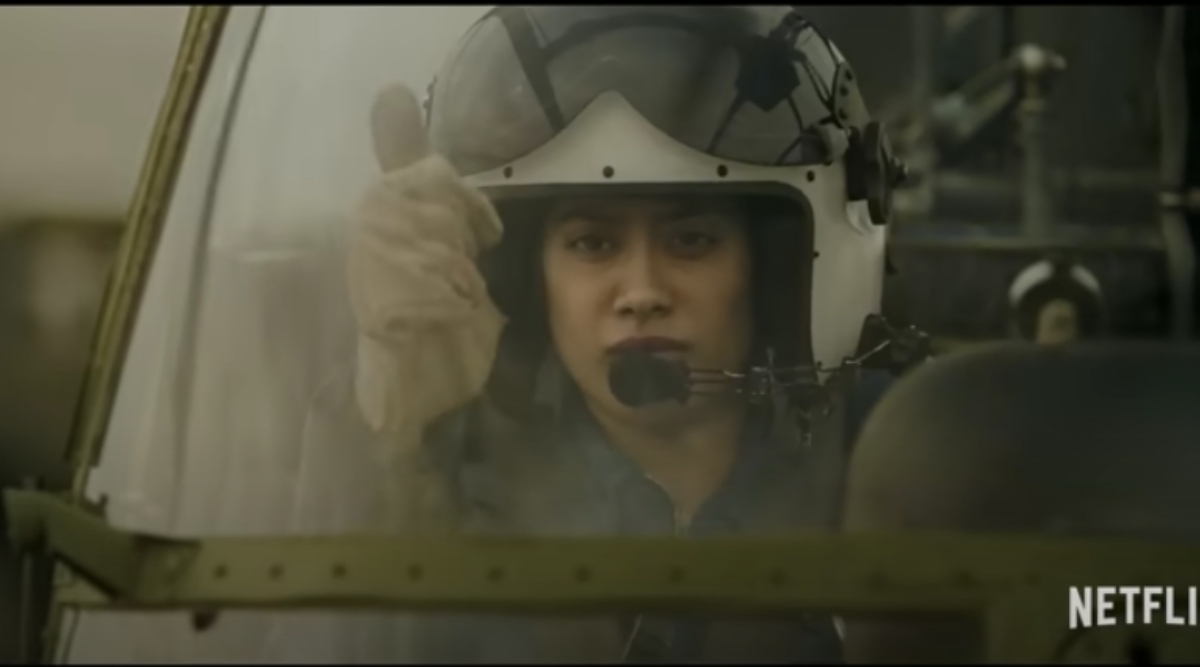 In one of the earliest scenes of the film, we see little Gunjan being mocked by her brother for voicing her ambition to become a pilot. This elicits a response from their father who asks Gunjan’s brother about where he’s learning these poor concepts from and punishes him for the same. This is a key scene that truly puts into execution a learning that is the need of the hour of teaching the boys to be better instead of discouraging the daughters. For decades it’s been the other way round and it’s a breath of fresh air to see misogyny that manifests itself in ideologies of young men being called out then and there at the dinner table. If only, all parents understood the importance of that. Gunjan Saxena: Trying to Boycott Janhvi Kapoor’s Film Over Nepotism? Five Reasons Why You Are Boycotting Your Own Ideologies. 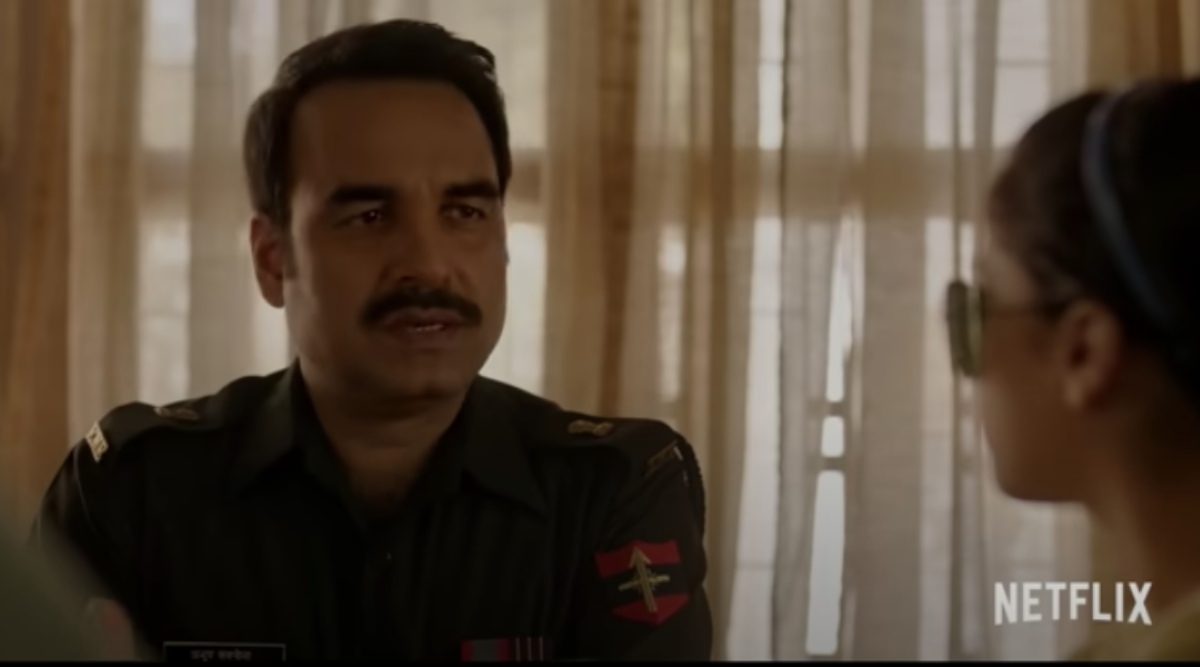 Despite all that this well-directed film has to offer, the only takeaway most netizens seem to have out of it is that it is what they refer to as ‘nepotistic product’. Let’s hope that debates such as these don’t hamper the reach of content that is truly meant to make a difference.

(The above story first appeared on LatestLY on Aug 13, 2020 02:33 PM IST. For more news and updates on politics, world, sports, entertainment and lifestyle, log on to our website latestly.com).