What a weird year 2020 has turned out to be! Since March, theatres have been out of business thanks to the COVID-19 pandemic. But that hasn’t stopped the entertainment business, as the tragedy did provide a silver lining to the OTT players and independent cinema to shine. While the first quarter of the year were dominated by biggies like Tanhaji: The Unsung Warrior – the biggest year of the year, which most likely isn’t going to change, going by the situation we are in right now. From Akshay Kumar’s Laxmmi Bomb, Alia Bhatt’s Sadak 2 to Ajay Devgn’s Bhuj: The Pride of India, 7 Big Bollywood Films Confirm OTT Release on Disney+ Hotstar.

But OTT players like Amazon Prime, Netflix, Disney+ Hotstar, Zee5 have given movies that been delayed for long or indie flicks a platform to release, which gave them more exposure to the viewers stuck at home during lockdown. A small movie like Axone and Chintu Ka Birthday get to be the top trending films on their respective platforms, which is heartening to see. So, the show is going on, even if we are still getting accustomed to this new way of getting ourselves entertained.

So now that six months are done, let’s look back at all the Hindi films that came out in 2020 and choose our 10 favourites among them. 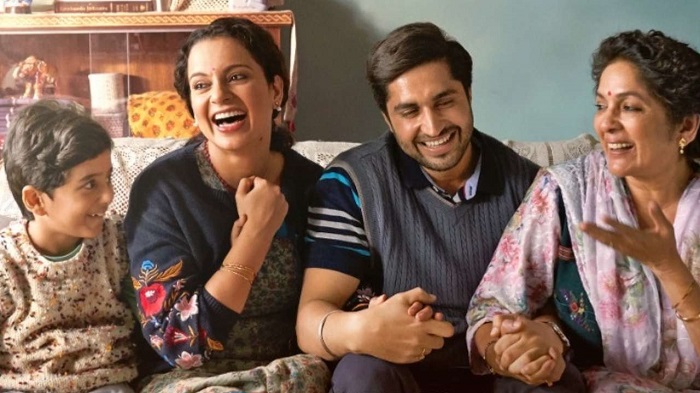 Offscreen, Kangana Ranaut is a very controversial figure. But when she is on screen, Kangana is an incredible performer and we love to see this side of the actress more. Panga is a delightful sports drama that showcases the dexterity of Kangana as an actress, with an incredible support from Richa Chadha, Jassi Gill, Neena Gupta and a young Yagya Bhasin. Panga is streaming on Disney+ Hotstar. 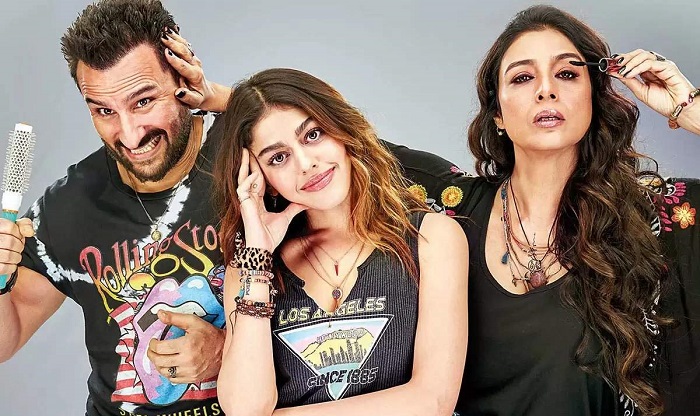 A remake of the Argentinean comedy Igualita A Mi, Jawaani Jaaneman is a heartwarming entertainer about a man-child who gets the shock of his life when he find out he has a teenage daughter. What’s more, she is pregnant too, making him an about-to-be grandpa! What sparkles in Jawaani Jaaneman is Saif Ali Khan’s performance, Alaya F’s fresh act and the dialogues. Jawaani Jaaneman is streaming on Prime Video. 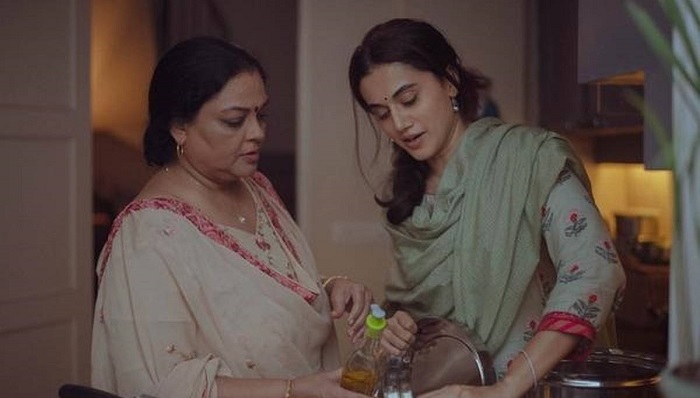 There are no villains in Anubhav Sinha’s social drama, possibly his best work to date. Just our attitude of taking our loved ones for granted. It is an incredibly nuanced film where every character matters and is powered by the performances by its cast, led by perennially evolving Taapsee Pannu. Thappad subverts your expectations at times, reflects your own insecurities and in the end, wins your heart with some wonderful moments. Thappad is streaming on Prime Video. 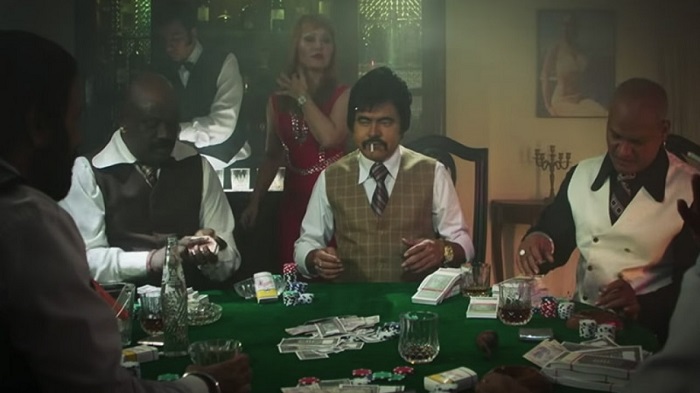 Kaamyaab is a slice-of-life dramedy that is a tribute to the character artistes of Bollywood whose contribution to cinema often goes unsung. A terrific Sanjay Mishra plays one such retired artiste, who realises he has been part of 499 films and now wants to make a comeback with his 500th. Things doesn’t go his way, and the circumstances force him to introspect his own life and his relationship with his daughter. A Heartwarming story with good performances and a touching climax. Kaamyaab is streaming on Netflix. 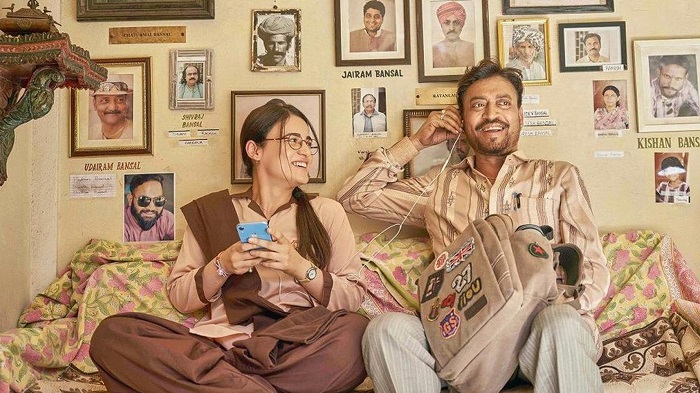 Sure, there is a special soft corner in our hearts for Angrezi Medium, because it was the last theatrical release featuring the late Irrfan Khan. His swansong act made us smile through tears, as the actor delivers one of his best performances as a father who would go to any lengths to keep his daughter happy. Fine support from Radhika Madan and Deepak Dobriyal, while Dimple Kapadia and Kareena Kapoor Khan were game enough to be just supporting players. Angrezi Medium is streaming on Disney+ Hotstar. 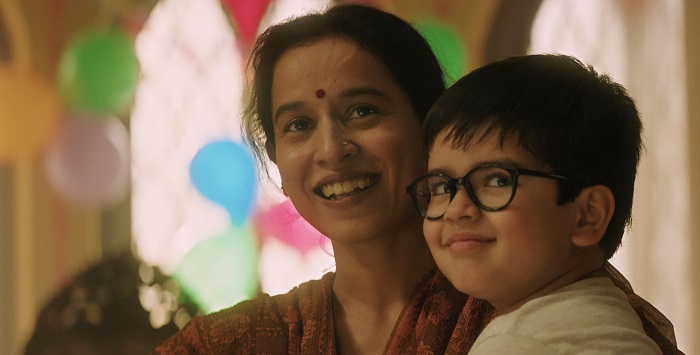 Directed and Written By: Devanshu Kumar and Satyanshu Singh

Chintu Ka Birthday was the comedy group AIB’s first foray into Bollywood, that has been delayed for two years. With the group now split, we are not sure that if they can come up with another film, but Chintu Ka Birthday deserves to be cherished. It is a lovely example that you can tell a wonderful story without any so-called superstars, and within its minimal setting. All the actors are fantastic, especially Vinay Pathak and Tillotama Shome. The writing is good, and the execution is lovely. Chintu Ka Birthday is streaming on Zee5. 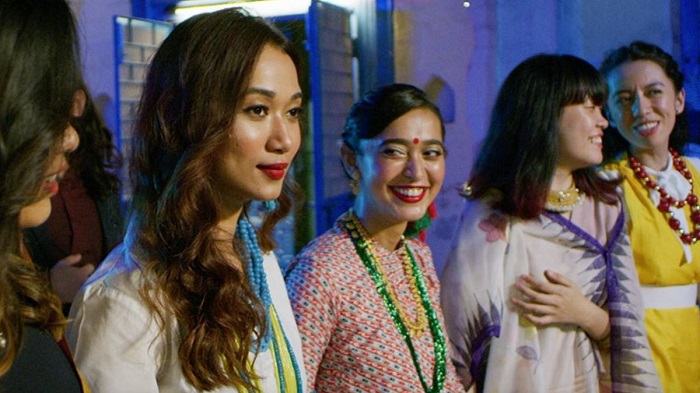 Directed By: Nicholas Kharkongor ; Written By:

Axone, which is Nicholas’ sophomore effort as a director, is raw and does have tonal issues. But it also deserves to be lauded from bringing the spotlight on the North Eastern community, living in other parts of the country – something unusual for a Hindi film. Axone may be about a group of friends trying to give one of their own a surprise wedding party, but it also highlights the racism and the discrimination our brethren faces from their own people. The movie is another example of how versatile an actress the underrated Sayani Gupta is, and its climax is beautiful. Axone is streaming on Netflix. 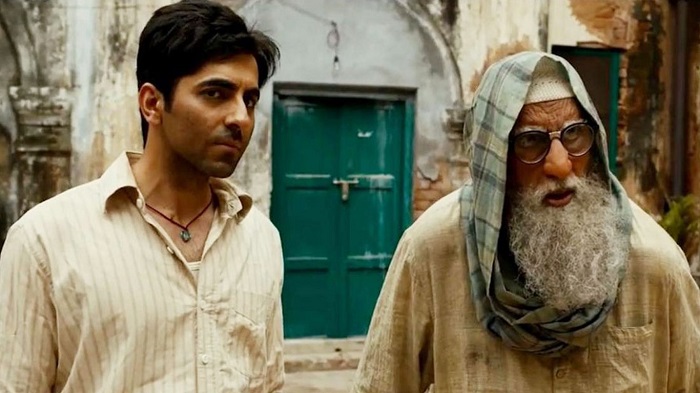 Gulabo Sitabo may not be Shoojit Sircar’s best film, but it does live up to the director’s love for narrating slice-of-life stories in a bemusing way. Amitabh Bachchan is excellent in the film, losing himself in as the Shylock of Begum Haveli, while the supporting cast put in fine acts. The second half of the film is far more interesting than the first, with Gulabo Sitabo taking some darkly comical turns when the characters act out over desperation. Gulabo Sitabo is streaming on Prime Video. 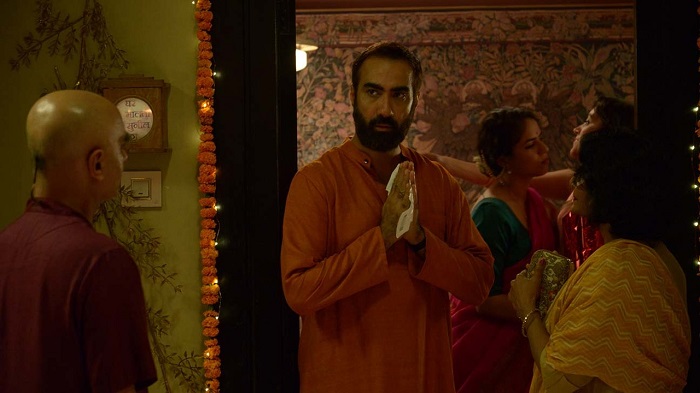 Directed and Written By: Rajat Kapoor

Kadakh has been stuck for two years, after its actor-director Rajat Kapoor has found himself embroiled in #MeToo allegations. In 2020, it finds itself released on an online platform. Kadakh takes a page out of the Hitchcockian thriller Rope when it comes to a premise. But Kapoor does a deft job of mixing the core idea with a black comedy and makes good use of a great ensemble cast. Also the movie has a killer opening sequence! Kadakh is streaming on SonyLIV. 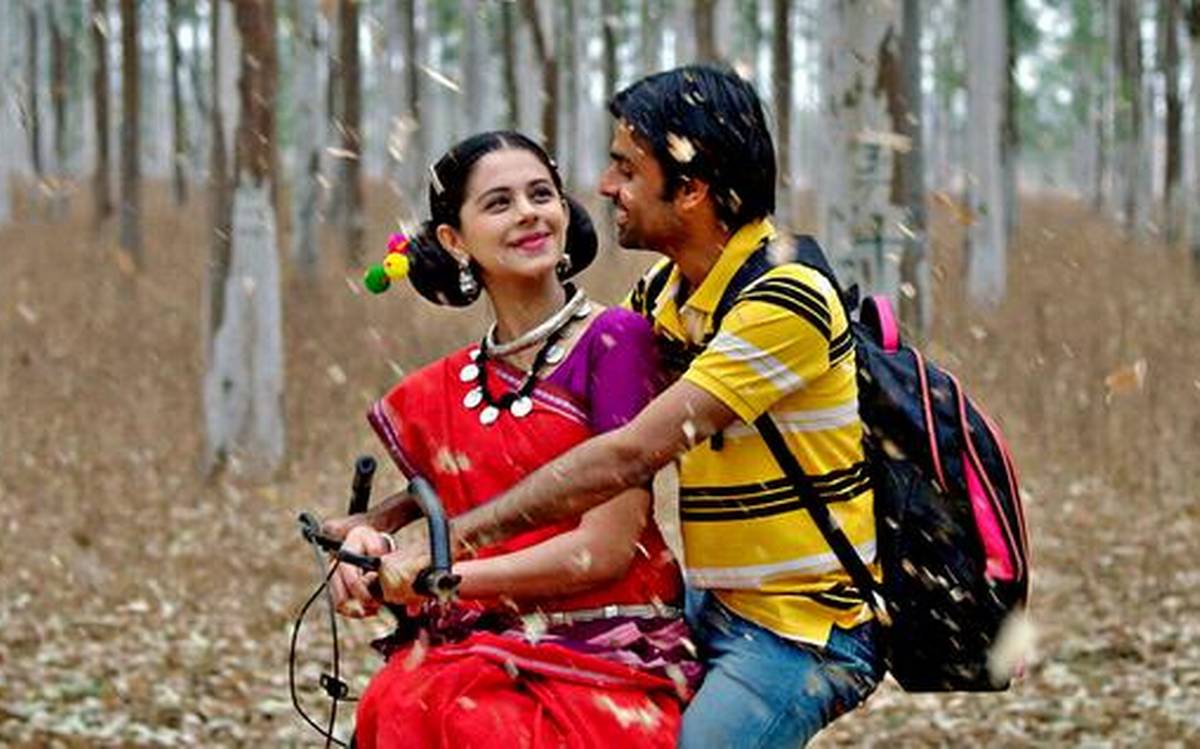 Jitendra Kumar has a glitzy Bollywood debut in the gay pride film Shubh Mangal Zyada Saavdhan. While SMZS is definitely gutsy, we were bigger fans of his two other works in 2020 – the series Panchayat and the Netflix film Chaman Bahaar. Chaman Bahaar is a funny watch, equipped with a relevant message, especially if you are a fan of movies that explore the small-town stories in India. At least, it deserves to be applauded for its gumption to show that you can create an engrossing tale just around a matchbox shop on a dusty road. Chaman Bahaar is streaming on Netflix.

(The above story first appeared on LatestLY on Jun 30, 2020 07:23 PM IST. For more news and updates on politics, world, sports, entertainment and lifestyle, log on to our website latestly.com).