It’s time for celebrations, as Kasam Tere Pyaar Ki actress Pranitaa Pandit and hubby Shivi Pandit are now proud parents to a girl child. It was on June 10, when Pranitaa had taken to her Instagram and announced that she is preggers with a quirky picture of the couple. And now, on August 7, the pair was blessed with a baby. However, it was a day later, when the actress took to her social media to announce the good news. Sharing a cool photo on her Instagram story, she wrote about how elated she is to welcome her daughter home. “After months of anticipation and excitement, the moment has finally arrived,” a part of her caption read. Jamai Raja Actress Pranitaa Pandit and Husband Shivi Pandit Announce Pregnancy With An Adorable Post.

Speaking to TOI about the same, Pranitaa said, “It’s an overwhelming feeling. We both wanted a daughter, so when the doctor announced that ‘it’s a girl’, we were ecstatic.” When she was quizzed if she has thought of a name for the tiny tot, she replied, “The only names we had thought of were COVID and Quarantine (laughs!). On a serious note, initially, I was anxious thinking about the timing of my baby’s birth as everything had come to a standstill, owing to the pandemic.” Sumeet Vyas and Ekta Kaul Welcome Baby Boy Ved, Share A Heart-Warming Post (View Post). 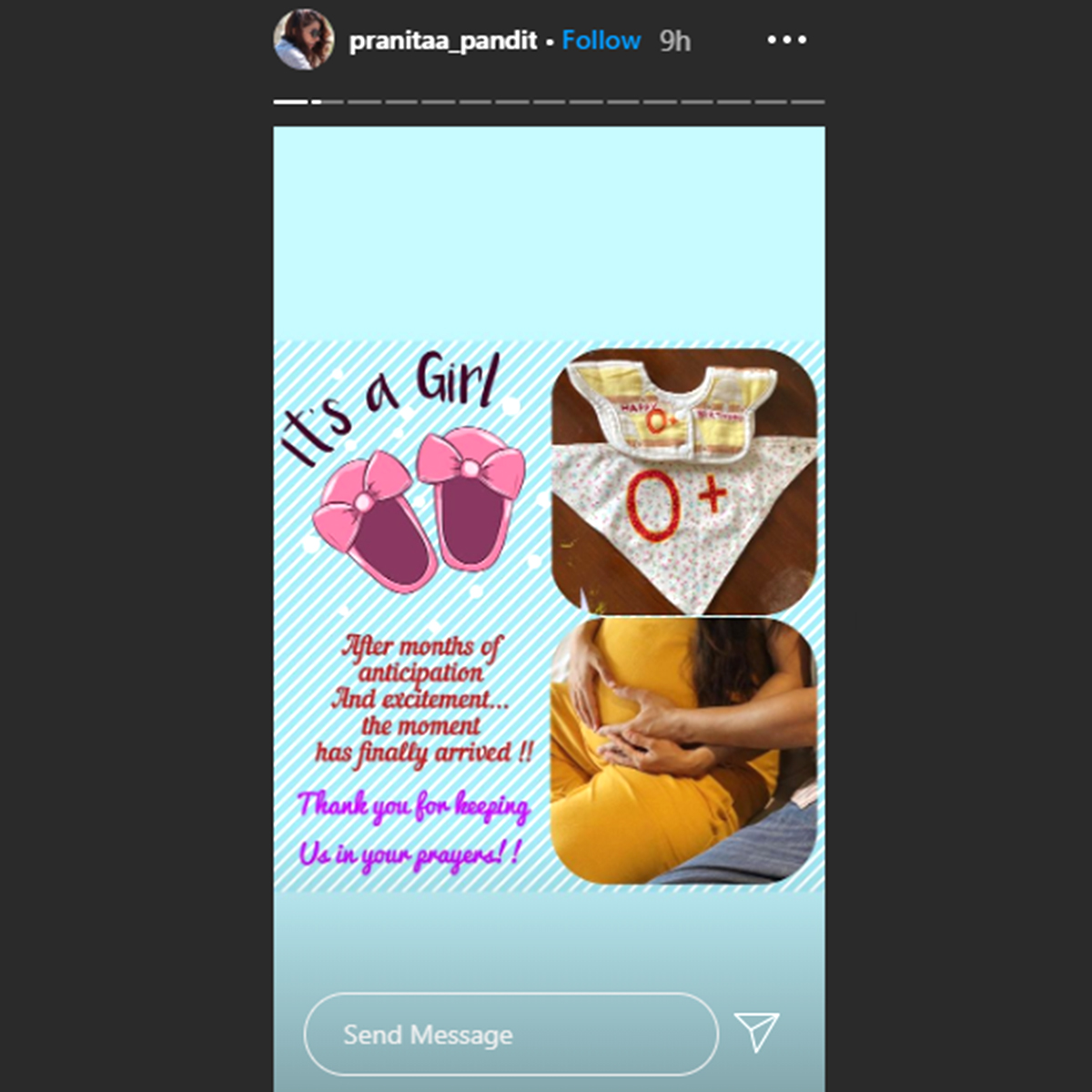 “I believe in raashi, and as per that, we have got three alphabets for her name — D, T and Z. We will zero in on a name soon. For now, I want to soak in maternal bliss. I don’t want to be a supermom or perfect mom, I just want to be me and want to do whatever I can in my capacity. As a new mom, I plan to go with the flow,” she added.

Pranitaa also is firm of not stepping out of the house for a while, “I haven’t stepped out at all in the last five months and I will continue to stay indoors for some more time, as I want to be with my child. However, it won’t be a long break. I want to get back to work as soon as I can. I want to do everything that I expect my daughter to do, and my work is an important aspect of my life,” she said. Congratulations to the couple. Stay tuned!

(The above story first appeared on LatestLY on Aug 09, 2020 06:44 PM IST. For more news and updates on politics, world, sports, entertainment and lifestyle, log on to our website latestly.com).

Naagin 5: Surbhi Chandna’s Promo To Be Out Soon?