So Mouni Roy is just intent on making those lovely style statements, all the way from Dubai. She is on an extended and quarantined stay at her sister’s home, making the most of it! Right from painting, being fit, gorging on lovely home-cooked food, trying her hand at cooking to playing dress-up, Mouni’s shenanigans are making our gram look pretty interesting. Mouni took to relaxing on the beach by the sunset curled up with a book in tow. Her gingham playsuit from Appapop was just the right outfit for her holiday mode! A timeless print, Mouni sure reinforced a compelling case for it! Mouni Roy oscillates between the small screen to the bigger, to the extent of glamourizing snakes with her role in Naagin. One of the hottest actresses that we have on television today, Mouni’s apparent versatility is not just limited to acting but also with an equally engaging off-screen fashion game. Trends be damned, Mouni makes those measured fashion choices by blending affordable labels with international luxe ones.

Mouni always elevates any given vibe with an accompanying beauty game, highlighting her doe shaped eyes. Here is a closer look at her gingham moment. Mouni Roy Is Fit, Fab and Sexy As She Flaunts Those Abs In Her Latest Instagram Post.

A playsuit with cold shoulder cut and high waist silhouette was teamed with some dainty gold-toned bracelets and a subtle glam of matte pink lips and delicately lined eyes. The playsuit from Appapop, worth Rs.1,999 is a thrifty buy! Mouni Roy is a Resplendent Bride in Red on the Cover of Wedding Vows Magazine. 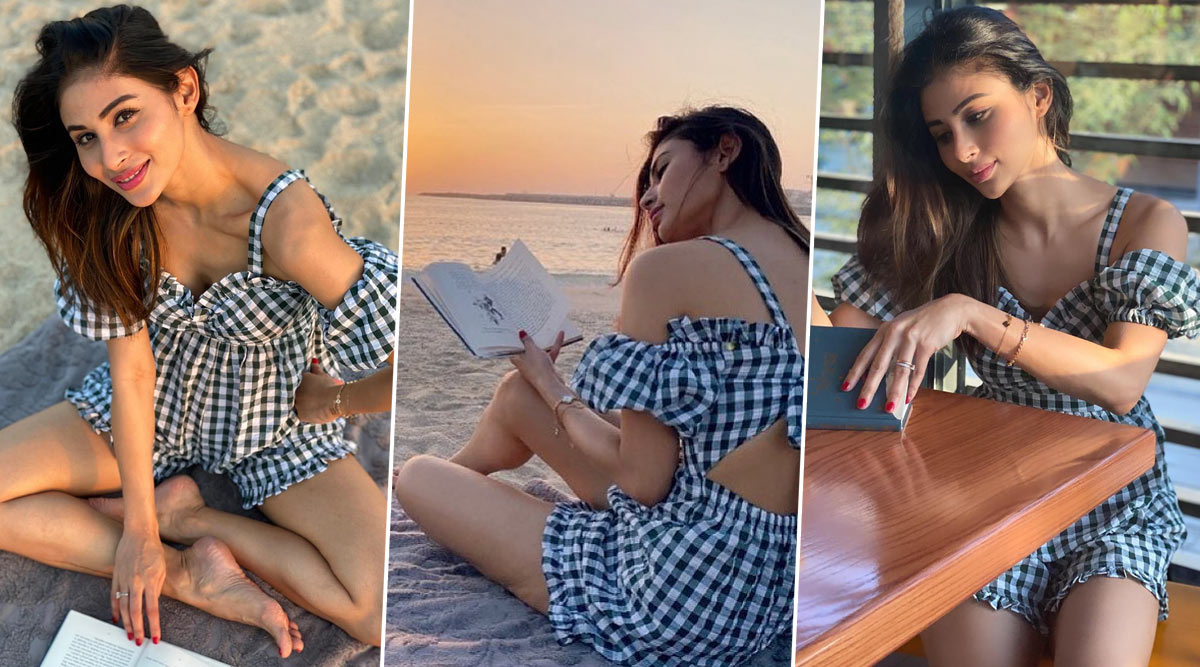 On the professional front, Mouni was last seen in Made in China alongside Rajkumar Rao. She will be seen in Brahmāstra: Part One of Three, an upcoming superhero film written and directed by Ayan Mukerji, and produced by Karan Johar featuring alongside Amitabh Bachchan, Ranbir Kapoor, Alia Bhatt, and Akkineni Nagarjuna in pivotal roles. She will also feature in Mogul, an upcoming biography, directed by Subhash Kapoor and produced by Bhushan Kumar and Aamir Khan under the banners of T-Series and Aamir Khan Productions showcasing the life of the mogul Gulshan Kumar who was the founder of the T-Series music label (Super Cassettes Industries Ltd.), and a Bollywood film producer.

(The above story first appeared on LatestLY on Jul 15, 2020 02:50 PM IST. For more news and updates on politics, world, sports, entertainment and lifestyle, log on to our website latestly.com).

Radhika Madan Wishes a Happy Birthday to Her Mumma by Sharing Childhood Pics, Calls Her ‘Anil Kapoor’ of the Family