Priyanka Chopra was born on July 18, 1982, in Jamshedpur, India. She won the Miss World 2000 pageant and went on to have a successful Bollywood actor. After which she took her first baby steps into Hollywood with her music videos. And today, she is a known name among the sought after global personalities. Her work also extends in women empowerment especially their education. Today, among a number of notable achievements, Chopra is also UNICEF Goodwill Ambassador. She is a vocal supporter of women’s rights and has at multiple times given speeches inspired young girls to aim big. And as Priyanka Chopra turns 38, we bring to you some thoughtful quotes by this global star. Priyanka Chopra Celebrates One Year Of Her Debut On The Prestigious Carpet With a Beautiful Montage (Watch Video)

Chopra believes there is nothing as being “too ambitious” and it is being about a person’s big aims in life. Especially if it is a woman, instead of using it as a negative connotation, the world needs to embrace, love and give wings to the dreams of their girls and treat them nothing less to boys. Here, we bring to you a list of amazing quotes by the international star in which she talks about accepting her flaws and becoming a better version of herself. 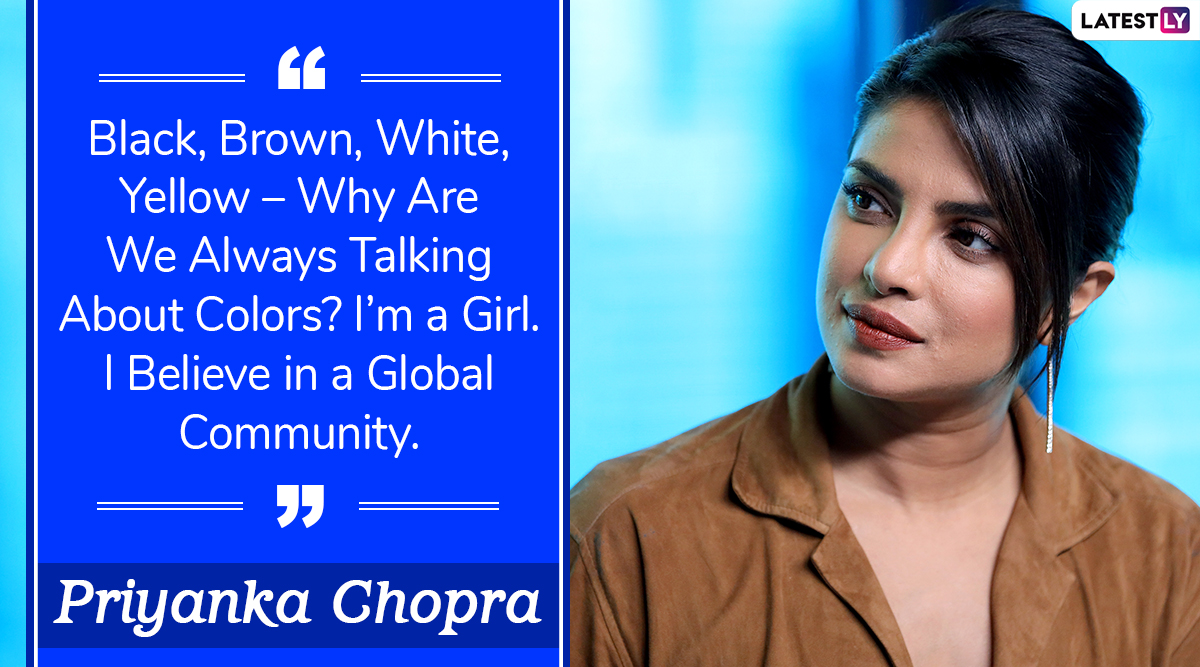 Quote Reads: “Black, Brown, White, Yellow – Why Are We Always Talking About Colors? I’m a Girl. I Believe in a Global Community.” 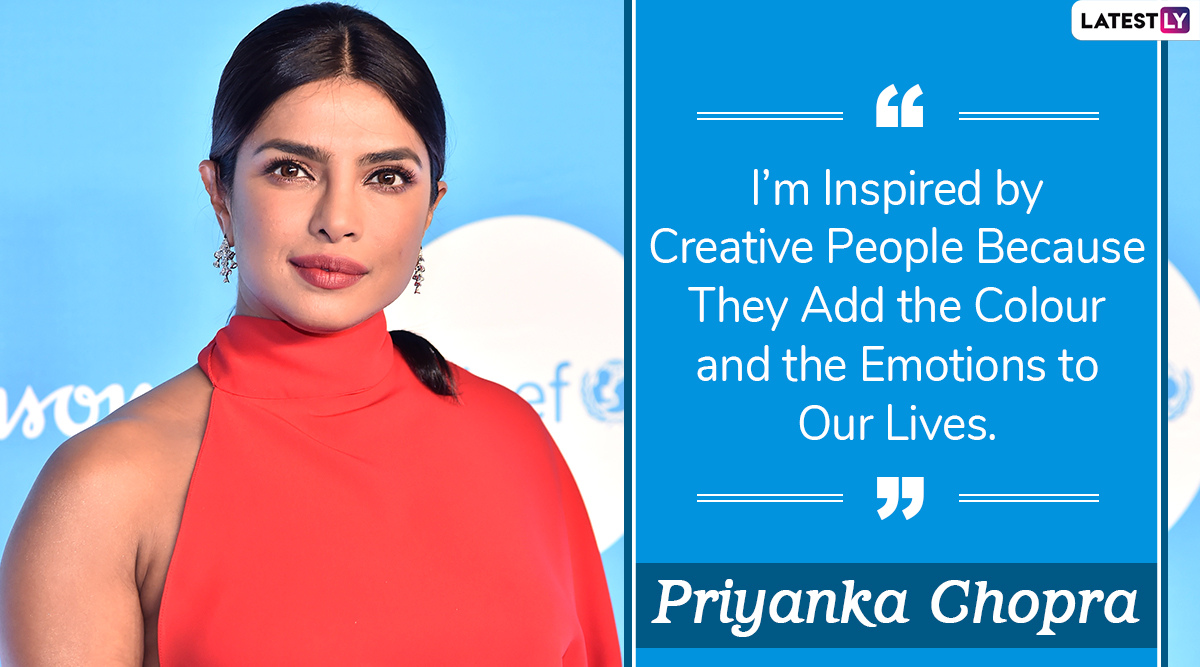 Quote Reads: “I’m Inspired by Creative People Because They Add the Colour and the Emotions to Our Lives.” 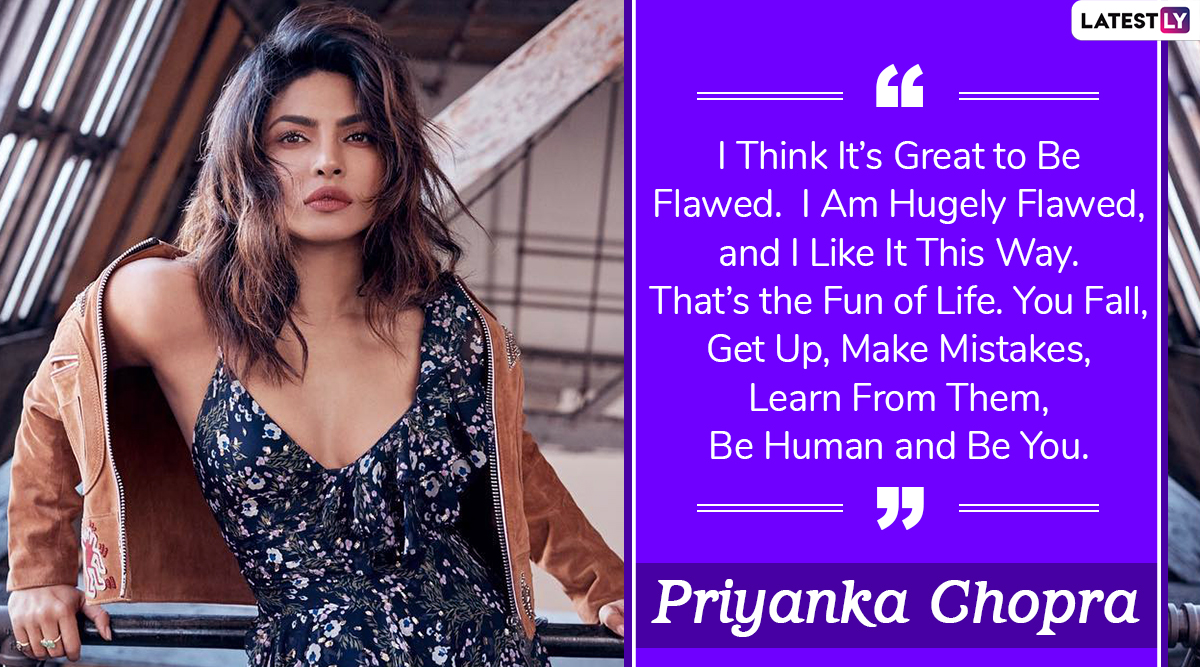 Quote Reads: “I Think It’s Great to Be Flawed. I Am Hugely Flawed, and I Like It This Way. That’s the Fun of Life. You Fall, Get Up, Make Mistakes, Learn From Them, Be Human and Be You.” 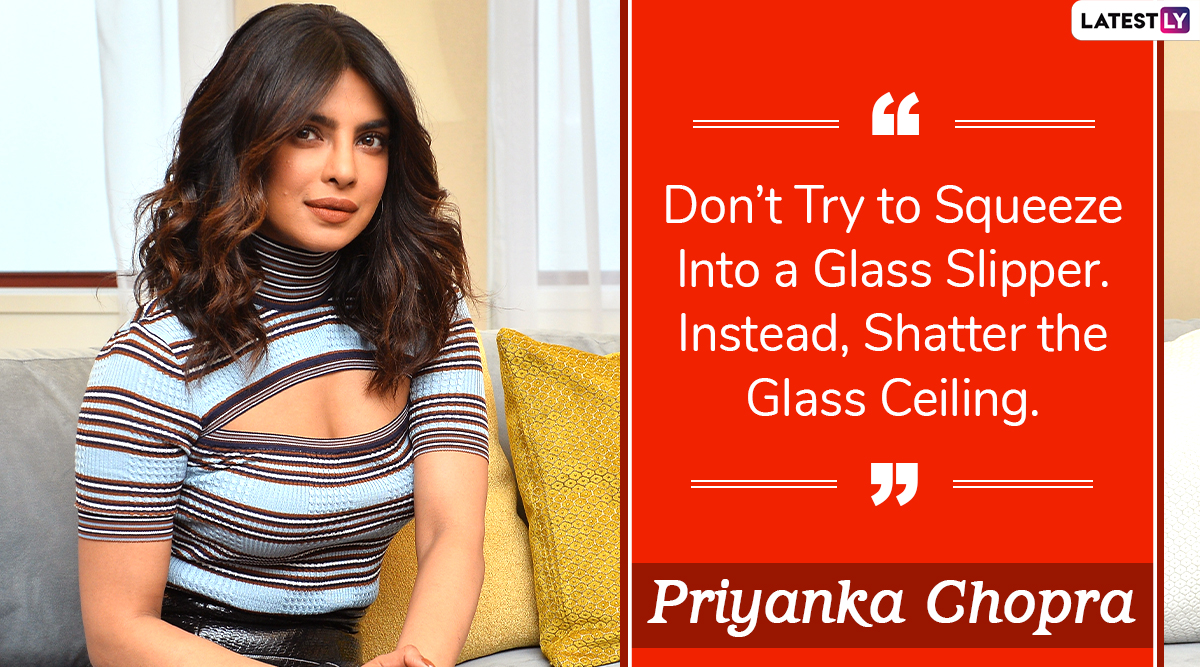 Quote Reads: “Don’t Try to Squeeze Into a Glass Slipper. Instead, Shatter the Glass Ceiling.” 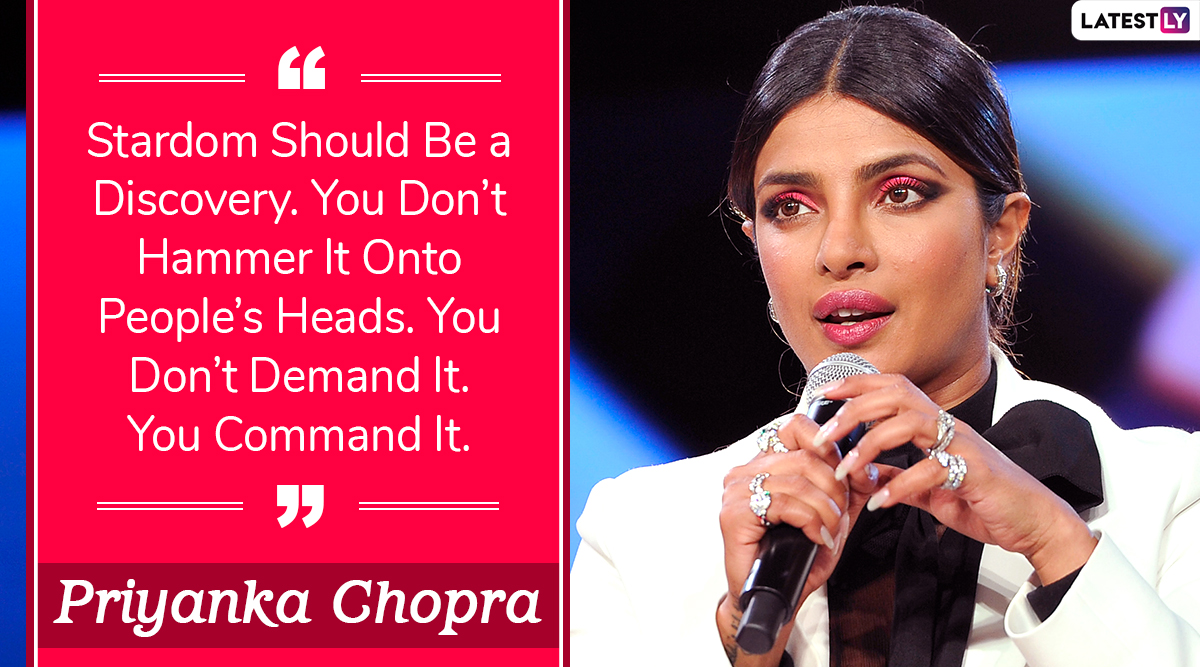 Quote Reads: “Stardom Should Be a Discovery. You Don’t Hammer It Onto People’s Heads. You Don’t Demand It. You Command It.” 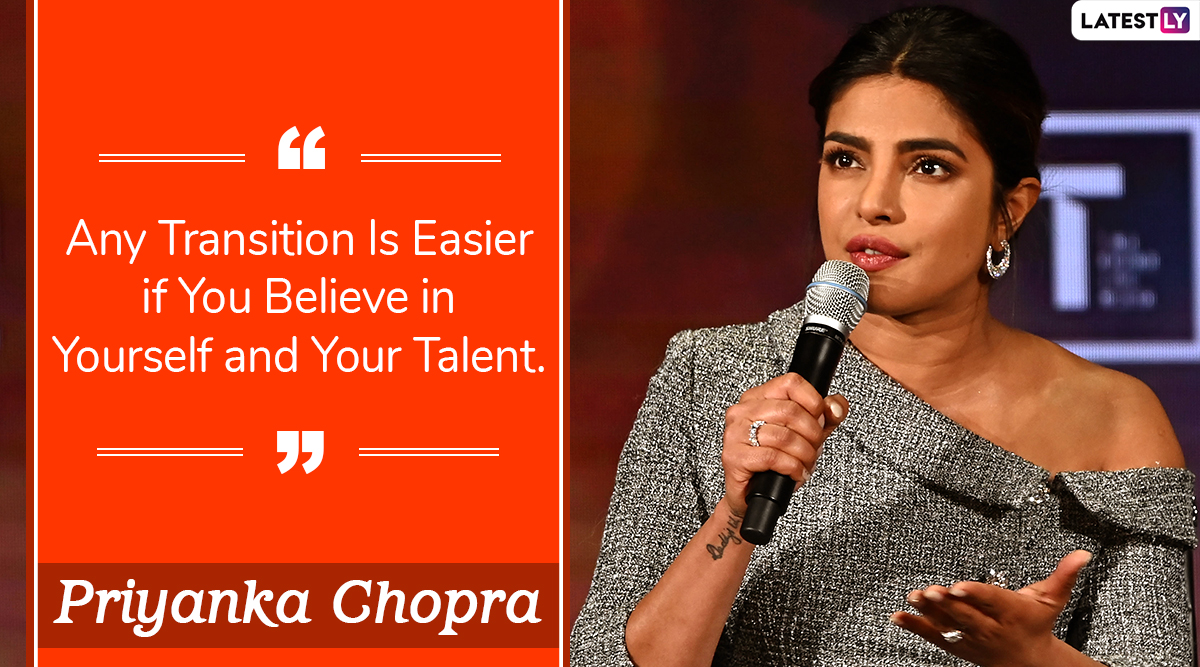 Quote Reads: “Any Transition Is Easier if You Believe in Yourself and Your Talent.” 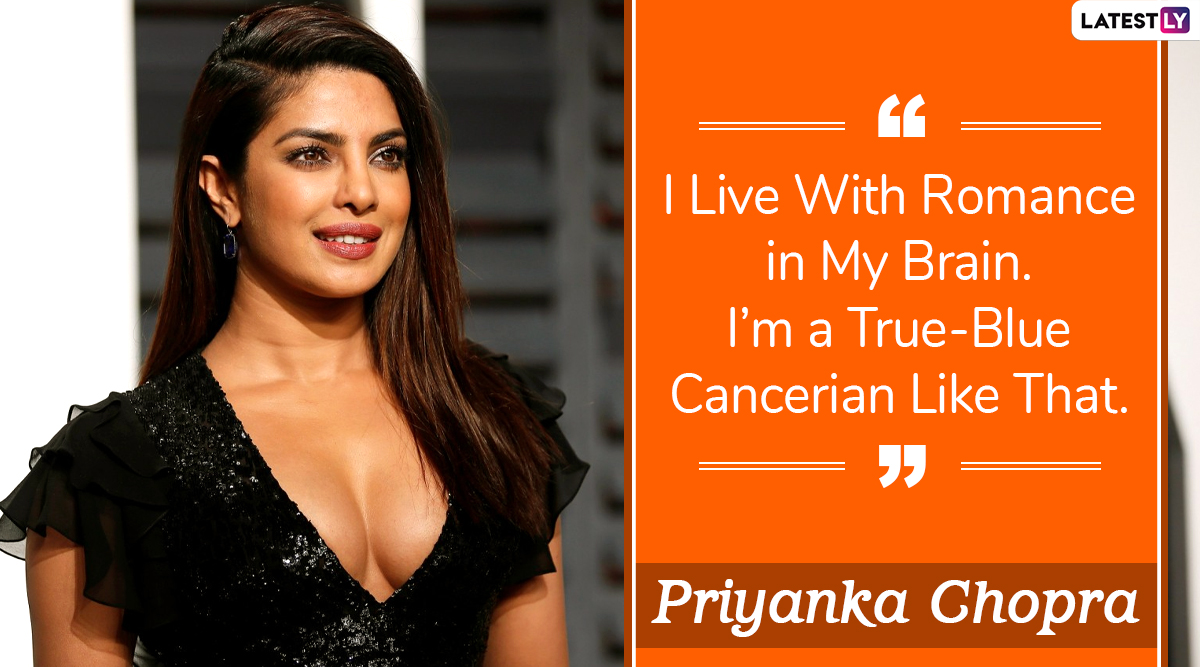 Quote Reads: “I Live With Romance in My Brain. I’m a True-Blue Cancerian Like That.” 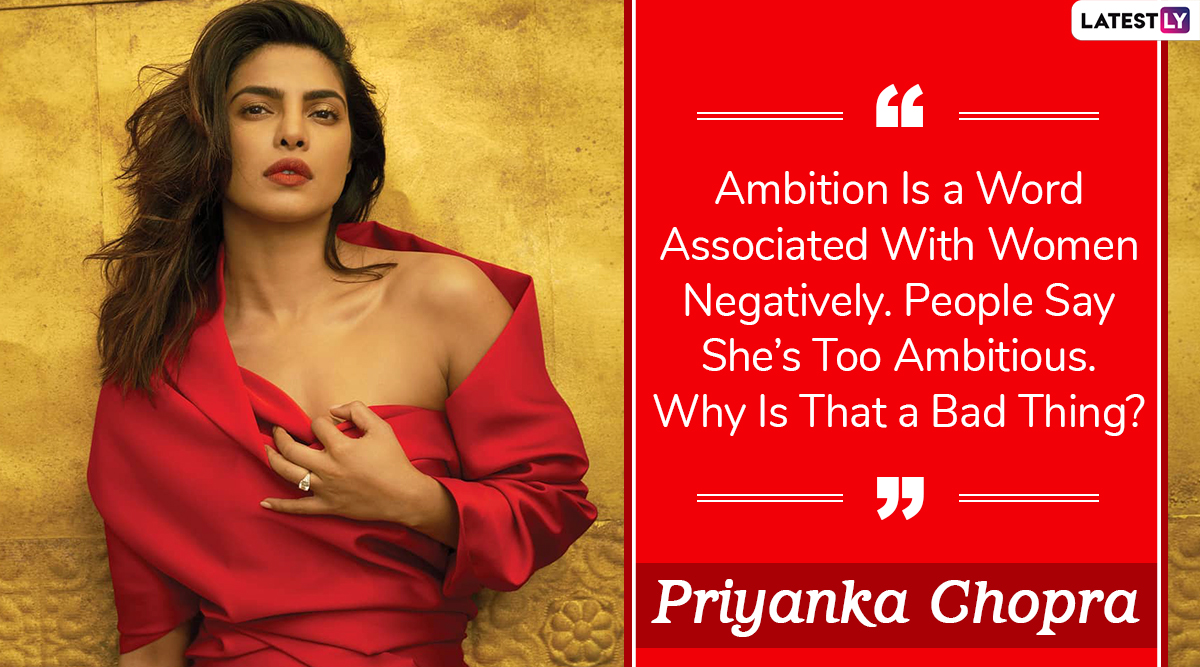 Quote Reads: “Ambition Is a Word Associated With Women Negatively. People Say She’s Too Ambitious. Why Is That a Bad Thing?”

These quotes show her unapologetic attitude and commitment to work. She is open about her weaknesses and focuses on getting better at her strength. Guess, there is a lot to learn from this desi girl. We wish Priyanka Chopra a very Happy Birthday and hope success remains her companion!

(The above story first appeared on LatestLY on Jul 18, 2020 08:10 AM IST. For more news and updates on politics, world, sports, entertainment and lifestyle, log on to our website latestly.com).