Disney+Hotstar has been teasing fans with on social media about a big announcement regarding Bollywood films. Now, finally through a live session, a string of films were announced that will stream on this OTT platform. One of them is Alia Bhatt-Aditya Roy Kapur’s Sadak 2. Alia was a part of this announcement session and she also unveiled the poster of her upcoming flick. Laxmmi Bomb on DisneyPlus Hotstar: Akshay Kumar Unveils Intense New Posters Ahead of the Film’s OTT Release (View Pics).

The film also stars Sanjay Dutt and Pooja Bhatt, the cast of Sadak. As Mahesh Bhatt wears the director’s hat once again for the sequel, there is curiosity in the air. In the new poster, we can see a snow clad mountainous region and a road paving through it. Check it out below. Bhuj: The Pride of India on Disney+Hotstar: Ajay Devgn and Sanjay Dutt Look Intense In The Indo-Pak War Movie Posters (View Pics). 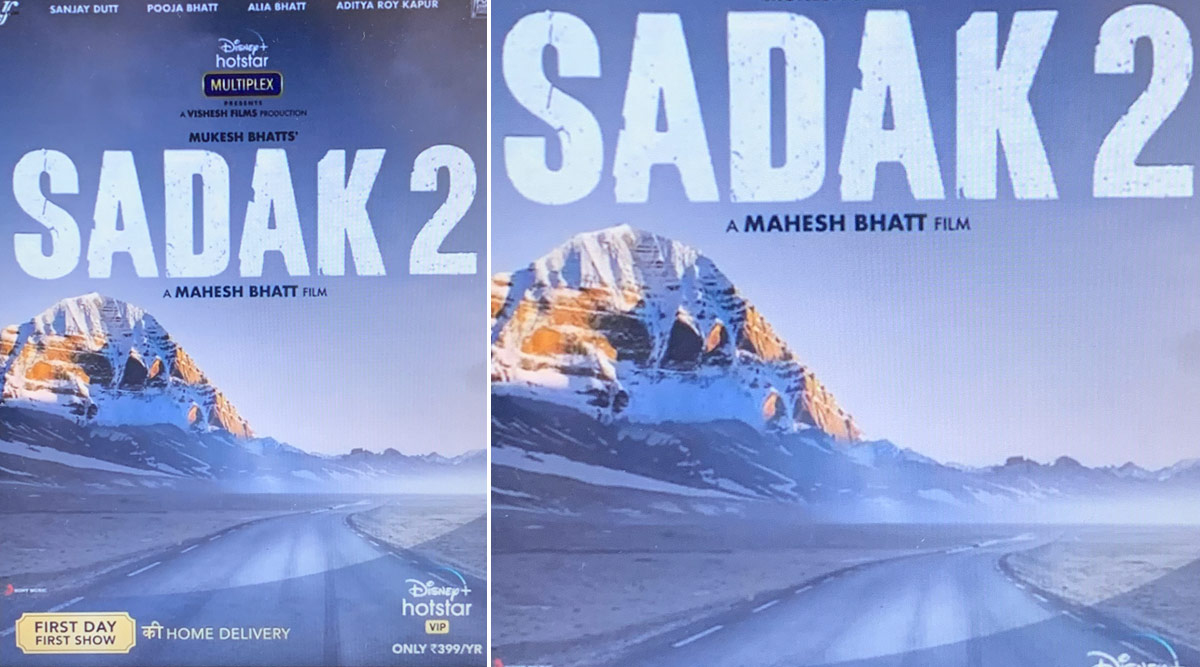 The movie was slated to release in theatres earlier but chose to go the OTT way due to the COVID-19 pandemic. Other films that are releasing on the same platform are Akshay Kumar’s Laxmmi Bomb, Varun Dhawan’s Coolie No: 1, Ajay Devgn’s Bhuj: The Pride of India, Abhishek Bachchan’s The Big Bull, Vidyut Jammwal’s Khuda Hafiz and Kunal Kemmu’s Lootcase. Stay tuned with us for more updates on these films.

(The above story first appeared on LatestLY on Jun 29, 2020 05:52 PM IST. For more news and updates on politics, world, sports, entertainment and lifestyle, log on to our website latestly.com).

Sai Ballal to Play the Role of Shakuni in RadhaKrishn

Udann actor Sai Ballal  has been confirmed for the role of Shakuni in the mythological show “RadhaKrishn”. “I am truly grateful for this opportunity. ‘RadhaKrishn’ is my first mythological show in my career span of 21 years. It was the curiosity of an actor, an urge to do something different and that is what made me choose this character. I know the portrayal of role will be a challenge in itself as there are talented predecessors in the industry,” he said. Kabir Singh Actress Geetika Mehandru Joins Choti Sarrdaarni

“I am trying my level best to at least get close to my predecessors, who have played the role of Shakuni in the past and have done full justice to this character throughout their performances. I have also been reading books that are completely devoted to Shakuni and his point of view. Further, I will try to refine this character with the knowledge gained and give a 100 per cent performance,” he added. Khatron Ke Khiladi Reloaded Is Happening: Nia Sharma Roped In To Join Rashami Desai and Sidharth Shukla In The Adventure Reality Show?

“RadhaKrishn” is soon going to hit the television screens with fresh episodes for their upcoming new track, ‘Krishn-Arjun Gatha’. In the past, actors like Gufi Paintal and Praneet Bhat have played Shakuni in different projects.

(The above story first appeared on LatestLY on Jul 09, 2020 07:10 PM IST. For more news and updates on politics, world, sports, entertainment and lifestyle, log on to our website latestly.com).