Trishala Dutt’s boyfriend had breathed his last on July 2, 2019. Sanjay Dutt’s daughter had shared a post about the same in which she had mentioned, “I’m the luckiest girl in the world to have met you and beyond blessed to have been yours. You will live in me for eternity. I love you and I will miss you. Until we meet again.” It has been a year since Trishala’s beau passed away and on his death anniversary, she has shared a heartwarming picture and a note, remembering her late boyfriend. Trishala’s Boyfriend Passes Away, Sanjay Dutt’s Daughter Shares Heartfelt Note.

In the post, Trishala Dutt has not only mentioned on how she dealt with her beau’s loss, but she has also revealed that she attended therapy and also quit her job as a psychotherapist in New York. Her private Instagram post note for her late beau reads: Sanjay Dutt’s Daughter Trishala Is Coping With Her Boyfriend’s Death, Posts an Old Picture.

Today marks one year since the ground beneath me seemed to crumble and my life changed. I’ve done a lot of grief work – from talk therapy, to joining specific support groups and being more intentional with how and who I spend my time with. I’ve also been somewhat absent from social media over the past year. Losing my mom at the age of eight and working through that for over two decades, surprisingly, did not prepare me for losing this beautiful soul. It’s not just the passage of time, you don’t get over it or move on just because a year or twenty go by. You have to face the darkest moments and ride out the rollercoaster of emotions for the rest of your life. I knew grief wasn’t only sadness, however, I’d forgotten it creeps up in the sneakiest of ways.

In the past year I’ve cried to a point where I’ve ran out of tears. I had to quit my job because how could I take care of someone’s mental health if my own was a disaster? I’ve had several public breakdowns where strangers have come up to me and asked if I needed any assistance. I’ve also eaten everything in sight and gained 30 lbs (13kg). But it’s fine. It happens. It’s the process, and it’s nothing I can’t fix once I’m in the right mind-set (and I’m happy to share my mental health and physique has gotten so much better!)

Trishala Dutt And Her Late Beau 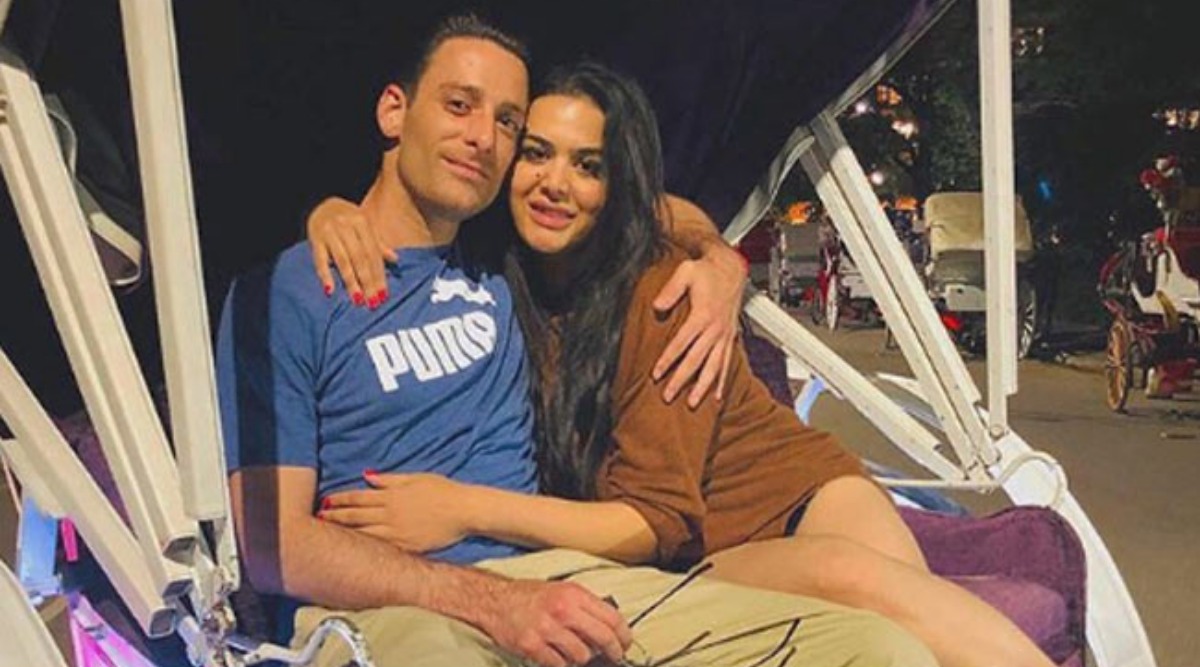 Also, I’m not ashamed to admit it’s because of an amazing therapist, support groups, and 3 beautiful friends. Everyone processes loss differently, and there’s no right way to do it. However, for me, in this current moment, it’s helpful to be surrounded by things that remind me of him.

I have text messages and handwritten notes. I still have his toothbrush, listen to some of his favourite songs/artists, and have his T-shirt that smells just like him. I’m beyond grateful for the time we had together. He lived his life boldly, out loud, and took advantage of each and every day authentically. He was the utmost gentleman who always made me feel safe. He made me laugh and loved to joke around. He was kind, gentle, thoughtful, and always chose to put me first. He was helpful, supportive, and a great listener. He trusted me, took good care of me, and took great care of my heart. He respected me, never judged me, and welcomed me into his family. He never left my side, never ever let me go to bed upset, or left me wondering where I stood in his life. He made sure to let me and everyone else know that I was his entire heart every second of every day. To me, he was magic.

It was a joy to be a part of his life. He will always be a part of my journey, and my story. My memories are all I have left of him, and I will never ever forget him. I’m half a heart without him, but even with that, I still and will always be and feel like the luckiest girl in the entire world to have been his… as he was mine. October 07, 1986 – July 02, 2019.

(The above story first appeared on LatestLY on Jul 02, 2020 02:16 PM IST. For more news and updates on politics, world, sports, entertainment and lifestyle, log on to our website latestly.com).