Sanjeev Kumar was a brilliant actor. He might not have climbed up the box office superstardom as some of his peers then, like Amitabh Bachchan, Rajesh Khanna, Dharmendra etc. But the mere presence of Sanjeev Kumar in a film elevates it in terms of quality and watchability. Sanjeev Kumar is a two-time National award winner, one for Dastak and the other for Koshish, both well-deserved. He is also one of the tragic celebs who left us at a short age, at mere 47. Thursday Throwback! When a Young Anil Kapoor and Lucky Ali Played Step-Brothers in a Sanjeev Kumar, Rakhee Gulzar Film.

Even though he hadn’t even crossed 50, Sanjeev Kumar had no qualms in taking up elderly roles as we saw in Sholay, Aandhi, Hero, Jaani Dushman etc. His range and variance is best depicted in the film, Naya Din Nai Raat, a remake of the Tamil movie Navarathri starring Sivaji Ganesan. In the movie, he plays nine different roles! Sanjeev Kumar also excelled in comedic roles, once again showing his versatility.

On July 9, 2020, Sanjeev Kumar would have celebrated his 82nd birth anniversary if he was alive. If you are a newbie to his filmography and want to check out some of his movies, we list the below seven essential movies you should totally check out in no particular order. 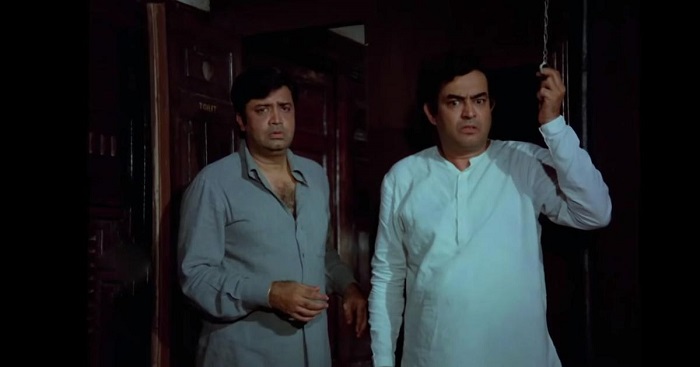 A personal favourite of the writer, Angoor is directed by Gulzar who is inspired by Shakespeare’s A Comedy of Errors, and the film doesn’t shy away from mentioning it. Sanjeev Kumar and Deven Verma each play identical set of twins, who are separated as babies, but reunite in a hilarious encounter as adults. Kumar is truly a riot both as the haughty Ashok and the suspicious Ashok (they have the same names too). You can watch Angoor on Amazon Prime Video. Legendary Actor Sanjeev Kumar’s Biography Announced on His 34th Death Anniversary. 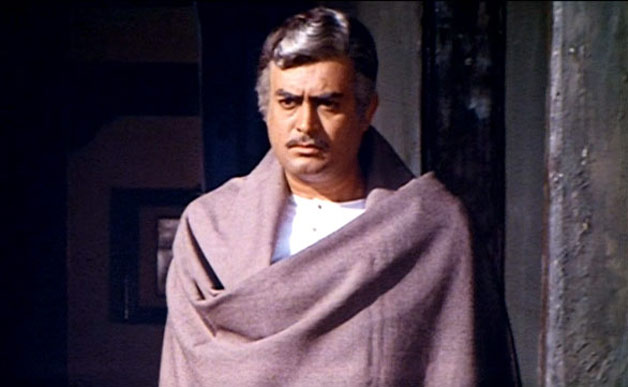 Well, Sholay is not only an important film in Sanjeev Kumar’s career, his biggest hit, of course, but also a landmark in Indian cinema. In fact, it is one of the few movies recommended if you are starting on Bollywood. Who can forget Sanjeev Kumar’s iconic portrayal of the vengeful Thakur, whose lack of hands doesn’t stop him from taking down the inimitable Gabbar Singh? Sholay, directed by Ramesh Sippy, also stars Dharmendra, Amitabh Bachchan, Hema Malini, Jaya Bachchan and Amjad Khan. 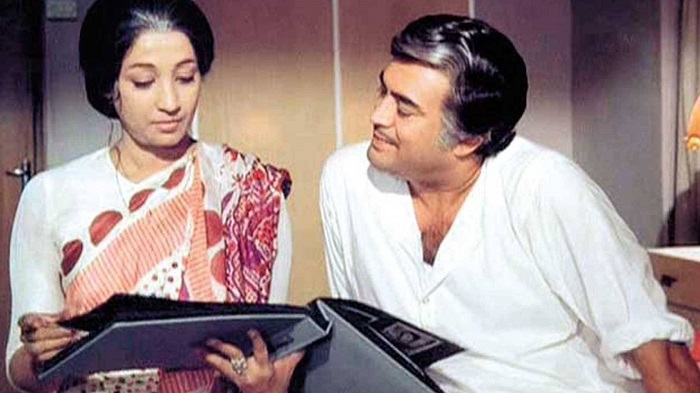 Sanjeev Kumar and Gulzar made a lethal combo, with the actor starring in some of the director’s memorable classic. The controversial Aandhi was one such movie. Controversial, because many thought Suchitra Sen’s character was inspired by the former Prime Minister, the late Indira Gandhi. It was also released during Emergency period. However, the movie had nothing to do with Indira Gandhi, and was an affecting drama about a politician and her estranged husband. Aandhi had some amazing songs, and one of Sanjeev Kumar’s best performances for which he won Filmfare Award for the Best Actor (when these awards had some merit). You can watch Aandhi on YouTube. 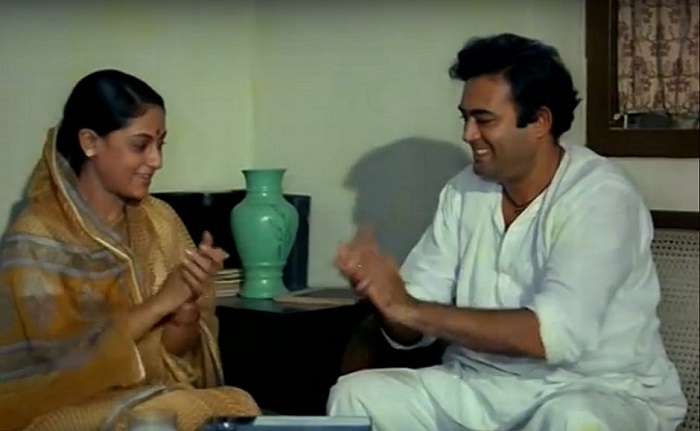 Sanjeev Kumar won his second National Award for his brilliant performance in this Gulzar (again) film. Jaya Bachchan and he played a couple, who are both deaf and mute. The movie showcases their struggles in adjusting to a society, where they are seen as aberrations to raising a family. You can watch Koshish on Amazon Prime Video. 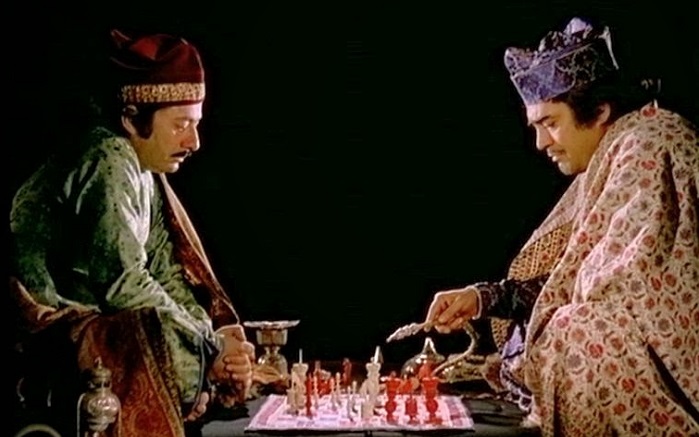 The legendary Bengali filmmaker and honorary Academy Award winner Satyajit Ray had only directed one film in Hindi. And it’s an absolute classic. Set during India’s First War of Independence. Shatranj Ke Khilari follows Sanjeev Kumar and the late Saeed Jaffrey’s characters, two noblemen whose obsession for chess is manic. Their love for the game make them ignore their frustrated wives, while their kingdom is being annexed by the British. You can watch this black comedy on Disney+ Hotstar. 10 Bollywood Movies of Salman Khan, Hrithik Roshan, Aamir Khan, Kiara Advani You Should Watch Again for Their Amazing Opening Credit Scenes. Although he was not even a decade older than Amitabh Bachchan, Sanjeev Kumar had no qualms in playing his father in Yash Chopra’s cult classic Trishul. But they had no ordinary father-son relationship in the film. Amitabh played the illegitimate son of a vain business tycoon, played by Kumar, and he tries to wreck the latter’s legitimate family life, when the father refuses to own him, Trishul also stars Shashi Kapoor, Raakhee, Hema Malini, Poonam Dhillon, Sachin Pilgaonkar and Waheeda Rehman. You can watch Trishul on Zee5. 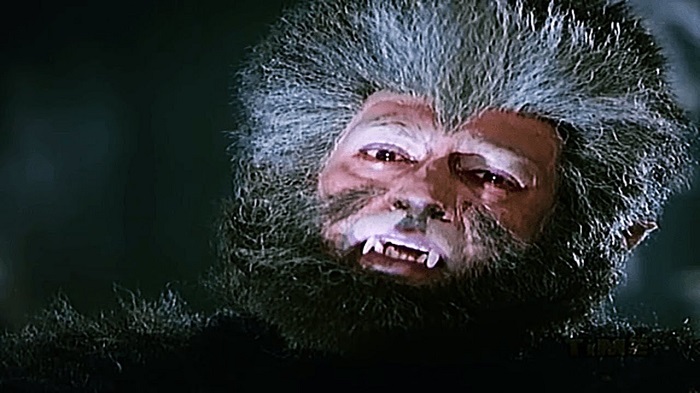 Puritans may baulk at the inclusion of this film over other classics that Sanjeev Kumar has been a part of. But Rajkumar Kohli’s horror entertainer deserves a place in this list, purely for being the guilty pleasure that it is. And also, yeah, for being the movie where Sanjeev Kumar gets to be a murderous werewolf! The movie also features an ensemble cast in Sunil Dutt, Jeetendra, Shatrughan Sinha, Vinod Mehra, Rekha, Neetu Singh and Reena Roy. Kohli later tried to have another version of Jaani Dushman in 2002. If you haven’t watched that film yet, you haven’t see the worst of what Bollywood can offer! You can watch the 1979 film Jaani Dushman on YouTube.

(The above story first appeared on LatestLY on Jul 09, 2020 08:41 AM IST. For more news and updates on politics, world, sports, entertainment and lifestyle, log on to our website latestly.com).

Sunny Leone Glitters In A Little Silver Number But Her Background Dancers Have All Out Attention, Here’s Why (View Post)