Year 2020 has already been a bad news to Bollywood fans when it comes to celebrity deaths. We had lost Irrfan Khan, Rishi Kapoor, Ranjit Chowdhry, Sushant Singh Rajput and more in the past few months and are yet to cope with their losses. Now even choreographer Saroj Khan has bid us adieu, as she left for her heavenly abode on July 3. She was 71 and had suffered from cardiac arrest. Saroj Khan, Veteran Bollywood Choreographer, Dies of Cardiac Arrest at 71.

Saroj Khan was a respected name in the Bollywood circles, with more than four decades of experience as a choreographer. She had choreographed some very popular dance tracks like “Ek Do Teen” (Tezaab), “Dhak Dhak Karne Laga” (Beta), “Hawa Hawai” and “Kaate Nahin Kat Te” from Mr India, “Maar Daala” from Devdas, “Yeh Ishq Haaye” from Jab We Met etc. She had choreographed for more than 2000 songs, and had won three National Awards.

Not many know that apart from choreography, Saroj Khan had also tried a bit in acting. While most of her roles were either cameos as herself, or bit roles, her major appearance came in the 2006 film Yun Hota Toh Kya Hota. Saroj Khan Passes Away: This Song from Kalank Picturised on Madhuri Dixit Was the Last Dance Track She Had Choreographed (Watch Video).

The experimental film marked the directorial debut of actor Naseeruddin Shah, and it remains the sole film directed by him. Yun Hota Toh Kya Hota was a portmanteau film that had four stories connected by a single thread. You can watch the full movie on YouTube for free.

Saroj Khan played the powerful ganglord, whose son was played by Irrfan Khan, ironically, another legend that we lost earlier this year. She was mentioned in the Introducing section of the credits, although she had appeared in films before. This was the first time, Saroj Khan took on a major character role and her performance was noted at the time of its release. 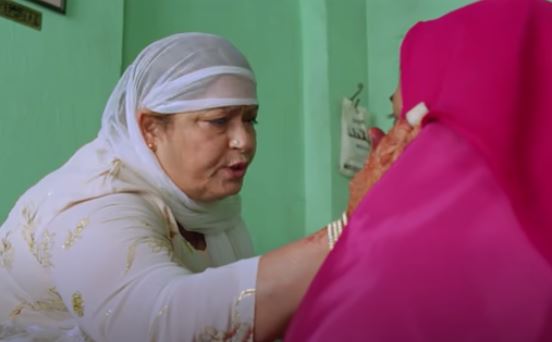 (The above story first appeared on LatestLY on Jul 03, 2020 08:14 AM IST. For more news and updates on politics, world, sports, entertainment and lifestyle, log on to our website latestly.com).