A National Award-winning actor. A popular television host. A decent singer. A politician. Suresh Gopi has been a celebrity who has donned several hats. He may not be as prolific in Malayalam cinema acting-wise, but in the ’90s, his popularity was on par with the two reigning M’s, Mammootty and Mohanlal. And to think, some of his early roles were as supporting characters and villains in a few Mammootty and Mohanlal films. The superstar had begun his career as a child artist in the classic Odayil Ninnu, before making his debut as an adult in a minor role in Mohanlal’s TP Balagopalan MA in 1986. Mohanlal Unveils Kaaval Teaser On Suresh Gopi’s 62nd Birthday! (Watch Video)

Suresh Gopi’s action roles in films like Thalasthanam, Ekalavyan, Kashmeeram, Mafia, Commissioner, Lelam, Pathram etc were a rage among the Malayalam movie lovers. His Bharathchandran IPS from Commissioner and Anakkattil Chackochi from Lelam are considered as cult characters in Malayalam cinema.

But it was not all about moustache-twirling, chest-thumping roles from the actor that won over his fans. There have been films where Suresh Gopi let the star take a backseat and the actor in him shine more. Varane Avashyamund Trailer: Dulquer Salmaan, Kalyani Priyadarshan, Shobana and Suresh Gopi Bring a Warm Film on Love and Relationships (Watch Video).

As the superstar turns  62, here’s a look at ten such performances of Suresh Gopi where he managed to win us over with his incredibly nuanced acting. 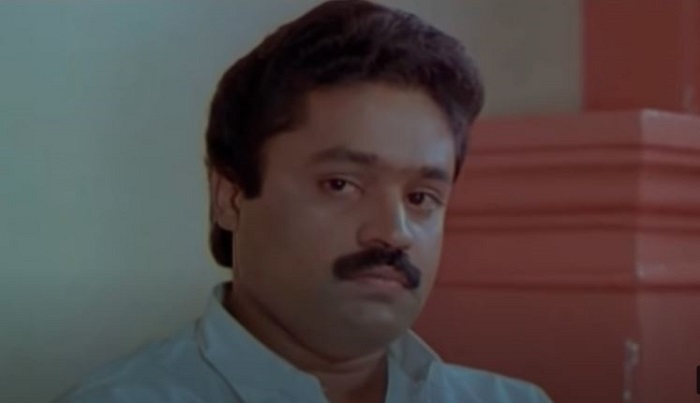 One of Suresh Gopi’s finest performances early in his career came with this Padmarajan film. While his role is brief compared to the other two main lead actors – Shobana and Jayaram, Suresh Gopi gives an emotionally wrenching act as the husband who ruefully accepts that his amnesiac wife has a new man in her life. That final scene where he expresses his helpless anguish only through his emotions is heartbreaking. 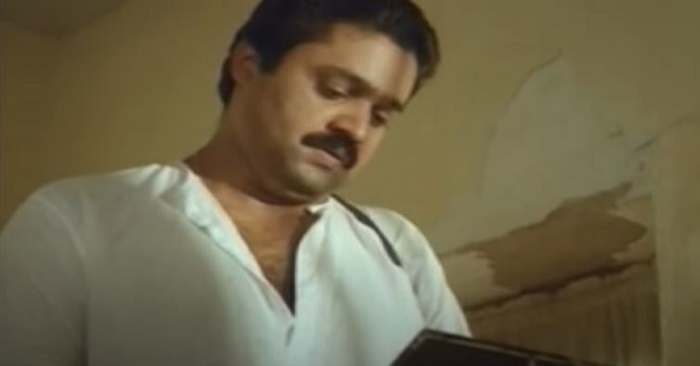 Suresh Gopi in In Harihar Nagar

Although it is a cameo, Suresh Gopi’s role in this Siddique-Lal classic dramedy is very crucial. Playing Sethumadhavan, the dead brother of the heroine, the actor shines in the flashback portions, especially in the scenes with Kaviyoor Ponnamma and that the moment when he meets his maker after trying to killing the antagonist, John Honai. 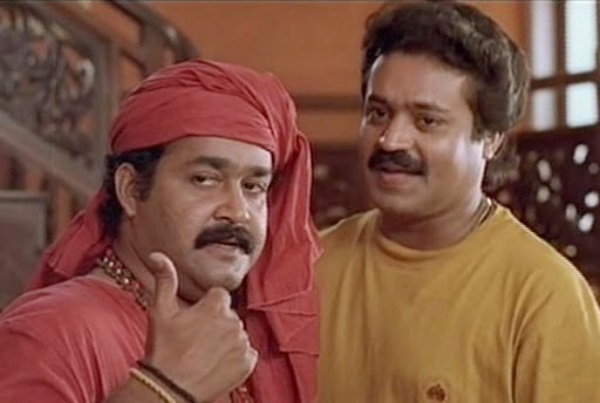 Mohanlal and Suresh Gopi in Manichitrathazhu

When we talk about this all-time blockbuster and nearly every Mallu movie buff’s eternal recommendation – Chandramukhi and Bhool Bhulaiya can go take a hike – we often talk about how amazing Shobana and Mohanlal are in this Fazil film. No doubts there, but this is an appreciation post for how wonderfully understated Suresh Gopi was as Nakulan. Gamely allowing his co-stars to have the more audience-pleasing roles, Suresh Gopi packs a punch in the more dramatic scenes. The famous bed-lifting scene is not just dependent on Shobana’s scintillating turn, but also on this actor’s terrific reaction to the scene. Also let’s not forget the scene where Nakulan breaks down when he gets a full discourse of what his wife is going through. 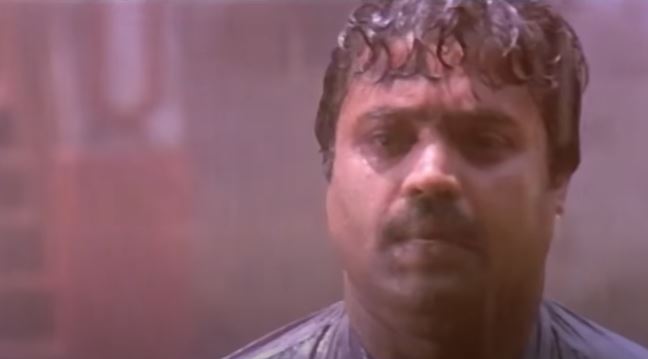 Suresh Gopi comes up with a special act whenever director Jayaraj is involved. In this underrated drama that unfortunately didn’t work at the box office then, Suresh Gopi plays a rational-minded social activist who goes through an internal crisis fighting the superstitions in his village, and within his own family. The movie also stars Narendra Prasad, the Padmini, Geetha and Jayaram, and is still loved for its songs. 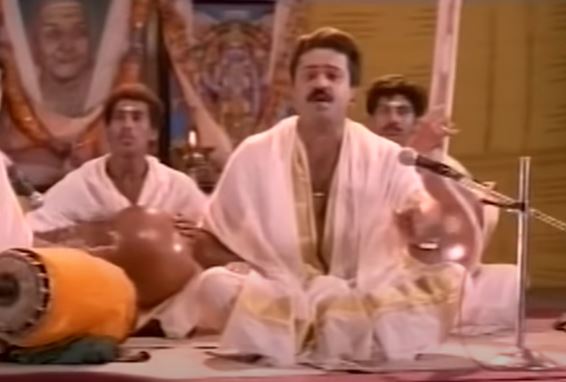 Speaking of great songs, how can we not mention Sindoora Rekha, that’s directed by Sibi Malayil? Suresh Gopi plays a kacheri singer who falls for and marries a girl (Shobana), whose patriarchal family keeps her on a leash.  Both Gopi and Shobana are incredible in the lead roles. Suresh Gopi’s performance in the song “Naadam Samavedaksharangal“, as he watches his wife collapse but continues singing is just amazing. Dileep has a supporting role in the film. 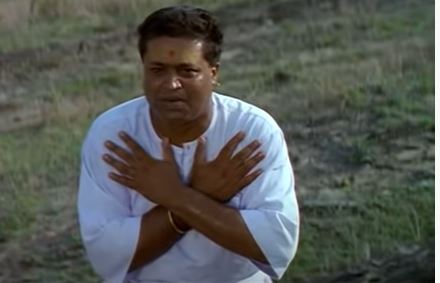 The Jayaraj movie that finally won Suresh Gopi a National Award. While there has been many adaptations of the Shakespearean tragedy Othello – including Omkara in Bollywood – Kaliyattam, in this writer’s humble opinion, is perhaps the best of the lot. Suresh Gopi plays a Theyyam performer, whose acts manage to charm an aristocratic lady, but whose envy, fuelled by jealous compatriots, kills what was a match made in heaven. Suresh Gopi is simply mind-blowing as the tragic protagonist, bring out nuances in her performance, rarely explored by any other director. Also features wonderful acts from Manju Warrier, Bindu Panicker and Lal, with a beautiful soundtrack from Kaithapram Damodaran Namboothiri. 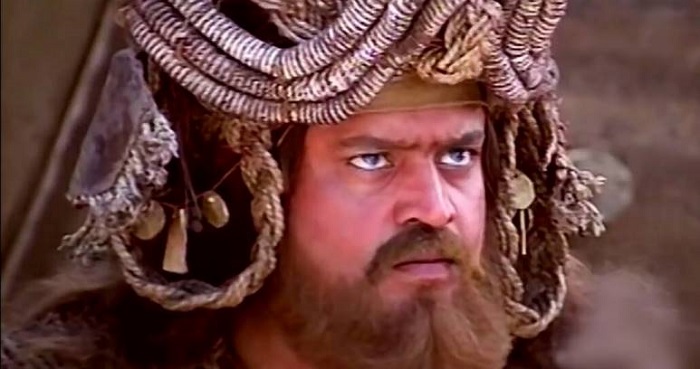 The ’90s saw him as a superstar hero figure. The same year as Guru released, he gave a National Award winning performance in Kaliyattam. And yet, Suresh Gopi was game to play an antagonist in Rajiv Anchal’s fantasy film, that featured an ensemble cast with Mohanlal in the lead. Suresh Gopi played the cruel blind king in the land of blind, whose stubbornness to accept that there are truths beyond his comprehension reflects the mentality of our political rulers. Although the role wasn’t expansively written, Suresh Gopi handles it with enough dexterity to make it memorable.

Pranayavarnangal, a campus romantic drama, focused on its two female leads, Manju Warrier and Divya Unni, as two best friends, one of whose prank causes near-psychological damage to the other. Suresh Gopi plays the object of affection for both the ladies, with the actor bringing out his charm in full and beautifully underplaying his act, especially the final scenes. 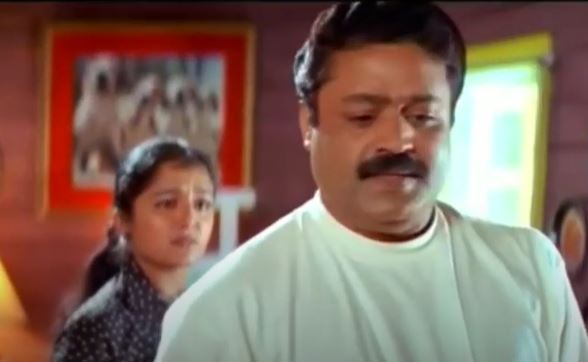 Manju Warrier and Suresh Gopi in Summer in Bethlehem

This evergreen romantic entertainer features Suresh Gopi, Manju Warrier and Jayaram in the lead, with a memorable cameo from Mohanlal. Suresh Gopi plays Dennis, an kind-hearted orphan who inherits a large estate, and begins to develop affections for his best friend’s cousin and potential fiancee. While Jayaram handles the hilarious portions with aplomb, Suresh easily tackles the more dramatic parts with a finesse we have got accustomed to with the actor. His scenes with Manju Warrier are the heart of the film that continues to win over the viewers with its repeat value. 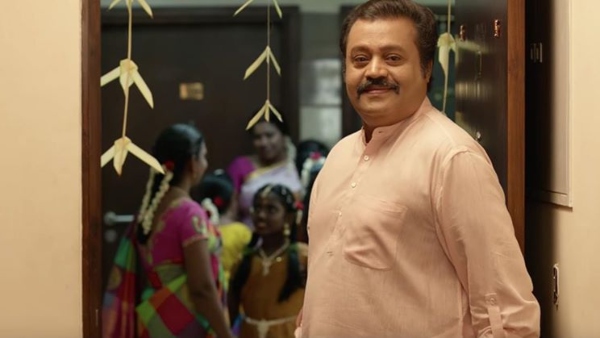 Despite playing an ex-military man, Varane Avashyamund has one of Suresh Gopi’s most restrained acts in his career, despite playing someone with anger management issues. And also his most enjoyable performances in recent times. It was pleasing to see that his chemistry with Shobana was repledescent as before, and the actor just hits it out of the park with a sensitive portrayal that pumped fresh blood in his his comeback phase.

(The above story first appeared on LatestLY on Jun 26, 2020 04:13 PM IST. For more news and updates on politics, world, sports, entertainment and lifestyle, log on to our website latestly.com).

Yaariyan Actor Himansh Kohli Has No Motive to Fight Against Nepotism, Says ‘It Exists Everywhere in the World’