Television actress and model Divvya Chouksey, who was well known for her movie Hai Apna Dil Toh Awara, passed away on July 12. The actress was suffering from cancer for a while now. Divya’s cousin sister Soumya Amish Verma took to Facebook to post a heartfelt farewell note to her cousin. In her post, Soumya wrote, I am very sad to share that my cousin Divvya Chouksey has passed away due to cancer at a very young age. She did an acting course from London and went on to feature in a couple of films and serials. She also rose to fame as a singer. Today, she left us. I wish God blesses her soul. RIP.” Ranjan Sehgal, Sarbjit and Crime Patrol Actor, Dies From Multiple Organ Failure at the Age of 36.

Divvya, last post on her Instagram was also a heart-breaking one where she, not in exact words, informed the world that she was on her ‘deathbed’.

Check Out Her Message Below: 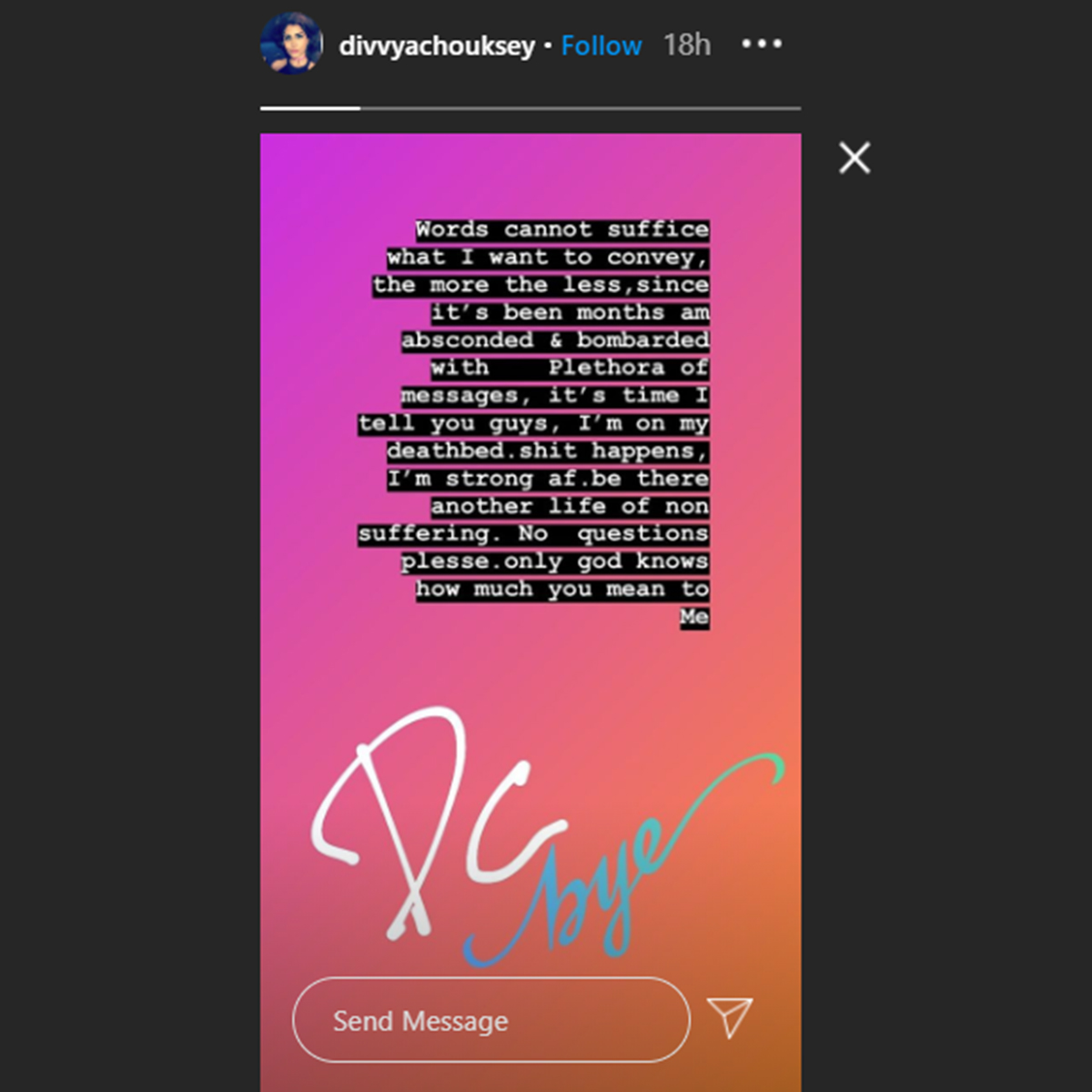 “Words cannot suffice what I want to convey, the more the less. Since it’s been months am absconded and bombarded with a plethora of messages, it’s time I tell you guys. I am on my deathbed. S*** happens, I am strong. Be there another life of non-suffering. No questions, please. Only god knows how much you mean to me. Bye.” Divvya’s message read.

Divvya was also one of actor Sahil Anand’s good friends and his co-star in Hai Apna Dil Toh Awara. The actor, who was last seen in Kasautii Zindagii Kay 2, took to Instagram to post her a farewell message.

Divvya was from a family of Bhopal based lawyers. She attended London’s Bedfordshire University where she took acting classes. We pray for Divvya’s soul to rest in peace.

(The above story first appeared on LatestLY on Jul 12, 2020 09:33 PM IST. For more news and updates on politics, world, sports, entertainment and lifestyle, log on to our website latestly.com).